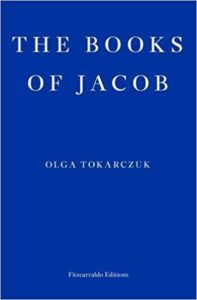 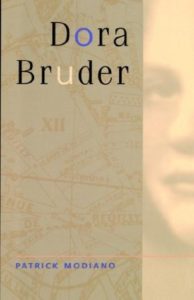 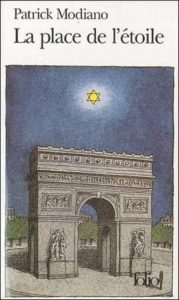 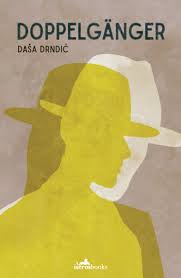 The latest addition to my website is Daša Drndić‘s Doppelgänger. This book actually has two novellas: Doppelgänger and Pupi. Doppelgänger is about an elderly couple who meet on New Year’s Eve 1999 (actually at 4 a..m. on New Year’s Day). Both are widowed and both incontinent. We learn about them – thirty-six members of Isabella’s family were murdered in the Holocaust and she loves chocolate, Artur was in the Yugoslav Navy and collects hats. They have fumbling sex but things do not turn out well.

The life of Pupi, the eponymous protagonist of the second story, also does not turn out well. He has retired on a meagre pension at age 50, a former chemist and not very good secret agent. He lives with his parents but, when they die, his brother throws him out and things go downhill, as he become mentally unstable. Though grim Drndić throws in plenty of humour and absurdity and both stories work very well. Things do not turn out well for the rhinoceroses in the zoo, either. 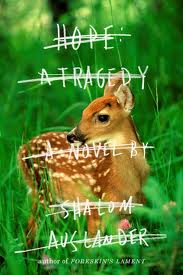 If you ask most people who was the greatest criminal of the twentieth century, nine times out of ten Adolf Hitler would top the list and with very good reason. Scott Manning argues that the Nazis were responsible for around 21 million deaths. I have no reason to dispute his figures. As for Stalin, it seems a bit more complicated. Manning has nearly 59 million but that is for the whole period of the Soviet Union, though it is fair to assume that Stalin was responsible for most of them but obviously not all. The Democratic Peace Blog goes for 43 million while Necrometrics quotes various figures, from 20 million up. The sad fact is that no-one really knows though it does seem highly likely that Stalin was responsible for far more deaths than Hitler. (Note that, according to Manning, China is responsible for even more deaths than Stalin, putting Hitler in third place.) How many Jews were killed by Stalin? As with the overall figures, we really do not know. It is estimated that there were around 3 million Jews in the Soviet Union before World War II. No doubt this number would have increased with Jews fleeing Hitler from Poland. We also know that the Nazis killed a large number of Jews in the areas they occupied, possibly as many as two million. In Stalin’s general purges as well as his purges against anyone who was not considered a true Russian, many Jews would have been murdered without specifically being identified as Jewish. We do know that Stalin’s attacks on what he called cosmopolitanism (a code-word for Jews), led to many thousands of Jewish deaths. However, the point of this article is not to go into detail into who killed how many. We can all agree that huge numbers of Jews and non-Jews were murdered and that, as far as monsters of the 20th century go, Stalin was at or near the top of the list.

It may seem almost trite to focus on a few writers when so many millions were slaughtered, both ordinary people but also people who were skilled scientists, doctors, artists and other intellectuals but, nevertheless, I intend to do so. It is prompted by my last blog post, where I commented (briefly) how the quality of Russian writing had dropped dramatically in the 20th century primarily because of Stalin and the Soviet system. There is no doubt that the loss of many Jewish writers is a factor here. It was also prompted by the post on my website about Vasily Grossman and reading about him and other Jews in the Soviet Union. Grossman was not killed in the camps (he died of stomach cancer) but his literary career was curtailed by the fact that he was Jewish, as his magnum opus was not published in the Soviet Union and, thus, not in his lifetime. Indeed, we are very fortunate that Vladimir Voinovich smuggled it out of the Soviet Union. The following, therefore, is a brief overview of some of the Jewish writers whose writing careers were curtailed by imprisonment, death and/or restrictions placed on them by the Soviet system. The Yivo Encyclopedia has been an excellent source for some of this information.

This should more or less cover the major Jewish writers who were victims of the Soviet system. There are, however, many more lesser known and, sadly, probably a large number who disappeared before leaving any writing behind. Thanks to Yivo Encylopedia staff, An Anthology of Jewish-Russian Literature: Two Centuries of Dual Identity in Prose and Poetry and similar works, we can at least remember some of the achievements of these authors. However, it should not be forgotten that Stalin wiped out entire generations of scientists, artists and writers and it is for this reason alone that the tradition of the 19th century Russian novel did not continue into the 20th century.