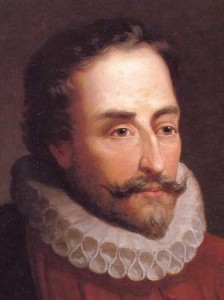 When I first started doing this site, many years ago, one of the many gaps in my education that I found was a knowledge of Spanish and Latin-American literature. Even though I read Spanish and was reading novels in Spanish, my knowledge was generally limited to the novelists of the Latin American Boom and a few classic Spanish authors, like Cervantes (portrait left), Lope de Vega and Lorca. I knew little about modern Spanish novelists nor much about non-Boom Latin American writers. I am fairly sure that most anglophone readers were in the same situation. I have since discovered that a) Latin American literature existed before the Boom and has continued to exist after it (see my site for some of them); b) that there are a large number of very worthwhile Spanish novelists (see my site for some of them). Thinking about this was prompted by my recent reading and review of Carmen Boullosa‘s El complot de los románticos [The Romantics’ Plot]. The book is about a group called The Parnassus, which consists of dead writers. Boullosa makes the point that Hispanic writers tend to be very much ignored in the English-speaking world.

My highly opinionated view is that many of the best novels of the twentieth century came out of the United States. This can be seen by the fact that the country with the most books reviewed on my site is, by far, the United States. 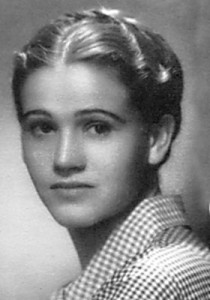 However, I feel that this is changing and that the more interesting writing is now coming from Latin America and Spain. In her book, Boullosa laments the fact that a writer like Elena Garro (photo at right) has been almost completely ignored in the English-speaking world (including on this site, though that will change). She also makes a pitch for Jorge Ibargüengoitia, another writer who has been ignored in the English-speaking world (and on this site). While we are talking about Mexican writers, I would also make a plea for Hécto Camín and, of course, for Boullosa herself (photo below left). I am glad to see that I have thirteen writers on my Mexico page, though there should be (and will be) many more. 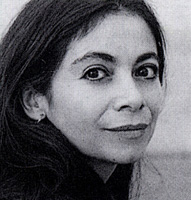 Boullosa includes a bewildering array of Latin-American and Spanish writers in her book, including Borges, Bolaño, Estela Canto, Victoria Ocampo, Paco Urondo, Haroldo Conti, Bioy Casares, Ángel Rama, Marta Traba (wittily commenting that the latter two and Jorge Ibargüengoitia did not come by plane (all died in plane crashes)) and many others. 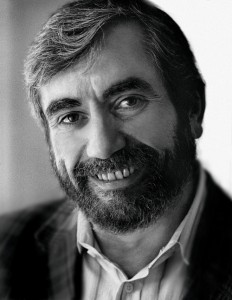 Writers such as Max Aub, Juan Benet, Camilo José Cela, Miguel Delibes, Carmen Martín Gaite, Juan Goytisolo, Almudena Grandes, Ana María Matute, Eduardo Mendoza (photo at right), Antonio Muñoz Molina, Carlos Rojas, Gonzalo Torrente Ballester, Esther Tusquets and Enrique Vila-Matas are virtually unknown in the English-speaking world and, in many cases, very few of their works have been translated into English. Carmen Boullosa definitely had a point about the neglect of Spanish and Latin American writers by the English-speaking world and it is hoped that it will soon be redressed, as it is realised that so much fine literature is coming out of that part of the world, but I am not counting on it.

I have come across two lists recently on this subject. If you have visited my site, you will know that I am a glutton for lists. Two new lists relating to philosophy and the novel have recently appeared. The first is about whether it is still possible to write philosophical novels while the second is about top 10 philosophers’ novels. I have never heard of either author. Seán McGrady has a blog, which seems to be mainly verse, and published a book, of which I have never heard. Jennie Erdal has, apparently, been the ghostwriter of Naim Atallah, of Quartet Books and has written a memoir and, more recently, a “novel of philosophy” (i.e. it is about philosophers) which was presumably why she was asked to write this article. 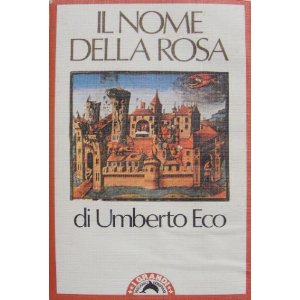 According to his article, McGrady’s novel, his main character steals five pounds from his sister’s purse and then, I quote, His crime opens up a new way of looking at the world, and of acting in it, so his feet gradually find solidity in another mental milieu that better suits his questioning consciousness. I have no idea what that means but I cannot see how stealing five pounds would lead to all that. McGrady goes on to say that his character has religious doubt and is edging inescapably toward an ethical and ontological response; to resist a powerful milieu and affirm a new way. What I think that means is that his character is rejecting the culture of his background and looking for a new way of life, the theme of many novels that have never been called philosophical. 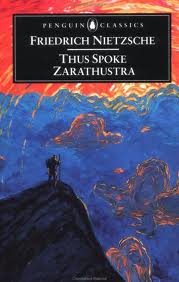 McGrady does not define philosophers’ novels (novels about philosophers? novels read by philosophers? novels that have a philosophical basis?) but these “novels” range from Thus Spake Zarathustra to the Marquis de Sade’s favourite bit of porn to Iris Murdoch. I have read seven of the books he mentions, though, in a few cases, quite a long time ago. Thus Spake Zarathustra is not a novel by any stretch of the imagination. My review of Essays in Love by Alain de Botton, one of the first reviews I wrote for this site if I remember rightly, points out that the book is not really about love or philosophy but Alain de Botton and his sex life, not an engaging topic. I also commented that you will probably get more insight into love from Cosmopolitan. As for Il nome della rosa (The Name of the Rose), my review states that it is just a murder mystery. It is a very clever murder mystery and full of much learning, highly derivative, very intellectual, witty, superbly written, owing a lot to Eco’s interest in semiotics and an excellent introduction to medieval reasoning (seasoned with semiotic analysis). 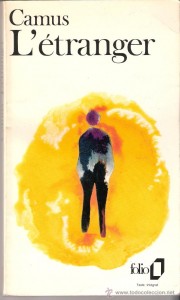 L’Etranger (UK: The Outsider; US: The Stranger) is famous for the acte gratuit of Meursault but also for showing the ennui, Weltschmerz and world-weariness of its main character and of us. In other words, it does have a philosophical basis, in that its main characters acts according to the existentialist philosophy of its author but, again, lots of 20th century novels do, including those by authors who have never heard of existentialism. In short, I am not entirely clear about what McGrady means by a philosophers’ novel.

Moving along to Jennie Erdal, we learn that she feels that philosophy and the novel are completely separate. The novel is about the the actuality of people’s lives (Harry Potter? The Twilight series? All of science fiction and other genre novels?), philosophy is not. However, she backtracks a bit, saying that there is something called the philosophical novel and that the fiction of Dostoevsky exemplifies what we have come to know as “the philosophical novel”. I am not sure if that is the case. Dostoevsky certainly deals with moral dilemmas. So does Harry Potter. Does that make them philosophical novels? She goes on to say that Iris Murdoch is still the author that people most frequently associate with the philosophical novel. Really? I associate Iris Murdoch with rather ponderous middlebrow novels that I read in my teens. Murdoch was a philosopher by profession, as well as a novelist, but that does not make her novels philosophers’ (or philosophical) novels. I think that there is a confusion here about novels that feature philosophers, novels written by philosophers and philosophical novels. But what is the philosophic novel? I have always held the view, doubtless expounded many times by others, that the serious, literary novel (and many less serious, less literary novels) are merely philosophy written in the form of fiction, as the human brain is much more able to comprehend a concept when given in examples, than it is able to understand the basic concept. Even supermarket trash fiction can deal with moral dilemmas, while many works of serious fiction deal with a variety of philosophical conundrums, without labouring under the stigma of being called philosophical novels. Or, to put it another way, most novels are philosophical novels. 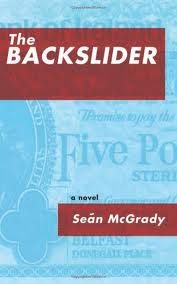 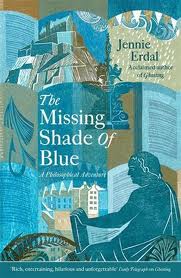 If McGrady’s and Erdal’s novels are self-consciously philosophical novels, I probably won’t read them but would encourage others do so. As for me, I shall carry on reading what I am reading, blissfully unaware as to whether they are or are not philosophical novels.