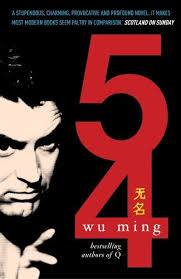 The latest addition to my website is Wu Ming‘s 54 (54). Wu Ming is an Italian collective (five men) and this novel is as the title tells us, set primarily in 1954. It tells several separate stories, featuring real and fictitious characters, which intersect in unexpected ways at various points. Part of it is based on the West’s relationship with Tito’s Yugoslavia. However, there is as story featuring Cary Grant, one featuring General Serov, head of the KGB and another featuring Lucky Luciano, the Italian-American gangster, who had been deported to Italy and who continues his drug-running activities in Italy. At the same time, we are following a group of men who live in Bologna, who had in some cases been involved with the anti-Fascist partisans and who are now primarily communist and opposed to the Italian government. All these stories are lively, colourful and action-packed, with both humour and a bit of pathos, and they all merge, together with the story of a talking thinking TV. It may be a collective novel but it does work. 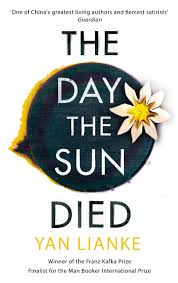 The latest addition to my website is Yan Lianke‘s 日熄 (The Day the Sun Died). This tells the story of the village of Gaotian, which happens to be the village of the writer Yan Lianke, who has written books whose titles are similar to but not identical with the real Yan Lianke. It is narrated by Li Niannian, the fourteen-year old son of the couple who sell funerary objects. Li Niannian’s maternal grandfather owns the local crematorium which does good business as burial is forbidden and only cremation allowed, though many of the villagers try to secretly bury their dead. One night (the story is told during this night), a large number of the inhabitants start dreamwalking , i.e. sleepwalking. Sometimes, they are not aware that they are sleepwalking. They lose their inhibitions and carry on doing what they were doing while awake in a more intense manner (which means that some of those who were walking walk straight into the canal). In particular, the dreamwalkers steal, while those not dreamwalking steal from houses and shops that are no longer guarded, till massive violence breaks out. The story gives rather a negative view of people – nearly all behave badly – and it is easy to see why it has not been published in mainland China. 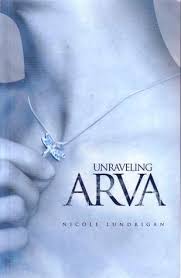 The latest addition to my website is Nicole Lundrigan‘s Unraveling Arva. Set in Newfoundland, Lundrigan’s home province, this novel tells the story of Arva House. Both parents drowned, her father, apparently, after having drunk too much and her mother by suicide. She is now looking after Old Man Crane, an elderly and sick man, when she meets Clive. She is soon pregnant and they marry but life is not easy, with Clive’s infidelity and drinking, and two young children to look after. Arva tends to keep herself to herself but manages to struggle through, becoming her own woman, with the help of the close-knit community. Lundrigan tells an excellent tale of a small Newfoundland fishing community and of a woman whose unravelling is positive, not negative. 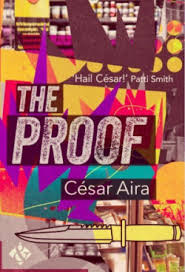 The latest addition to my website is César Aira‘s La prueba (The Proof). This is another Aira novel where you wonder what is going happening for the first part and then it suddenly explodes. Marcia is a sixteen-year old girl, wandering through the Flores district of Buenos Aires. She is accosted by two punk women, who call themselves Mao and Lenin. Mao immediately tells Marcia that she has fallen in love with her and wants to have sex with her. Marcia is both shocked and intrigued and accompanies the two women to a café, where they refuse to buy anything but sit at a table, and then to a local mega-supermarket, where things really explode. As always Aira takes us by surprise with the proof of love the two young women offer. Not his best but maybe his most surprising ending. 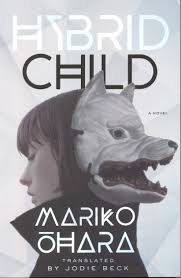 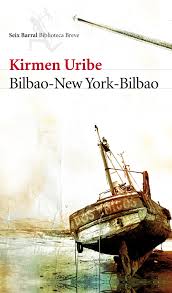 The latest addition to my website is Kirmen Uribe‘s Bilbao-New York-Bilbao (Bilbao-New York-Bilbao). This is a Basque novel, which is not really a novel and is not really about travel between Bilbao and New York. Uribe describes his efforts to write a novel about his grandfather, a fisherman, the Basque painter, Aurelio Arteta and Arteta’s friend, the Basque architect, Ricardo Bastida. We jump around between those three, Uribe’s own life, his contact with writers from minority cultures, his family, his travels by plane (comparing it to Bastida’s son’s transatlantic crossing by ship) and Basque culture and life. He tells lots of amusing and informative stories and ends up with this book, which is, more or less, the novel he always meant to write, a novel about real people, rather than fictitious ones.

This short novel from the Philippines tells the story not so much of Hannibal Valdez but of his grandfather, Leon. Leon’s daughter-in-law, daughter of one of his tenants, is about to give birth to a child. Leon is sure that it will be a boy and not like his weak and unmanly son, Antonio, father of the child, but manly like his grandfather. The child is born – a boy – but the mother dies. Leon does not care as he will now he able to bring up the boy as he wishes. He is visited by a US major (the tale takes place in 1945, after the liberation of the Philippines from the Japanese by US forces). The rest of the book involves Leon telling the major about his exploits in the war against the Spanish and how he became the successful man he is today. Indeed, this book might well be called The Boasting of Leon Valdez. It i still an enjoyable tale, full of bravado and braggadocio. 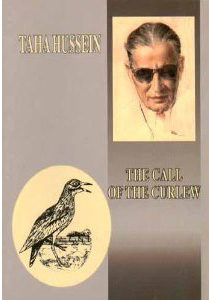 The latest addition to my website is Taha Hussein‘s دعاء الكروان (The Call of the Curlew). Taha Hussein is considered as one of the greatest Egyptian novelists but is also noted for his liberal views and for the fact that he earned academic and political distinction as well, despite being blind from the age of three. This novel tells of a mother and two adult daughters, who are forced to leave their village in shame when their husband/father is killed for his womanising. They find work elsewhere but one of the daughters, Hanadi, is seduced by her employer, an engineer, and again they have to leave. Hanadi is murdered by her uncle for bringing further shame on the family while her sister, Amina vows revenge on the engineer. Hussein tells his story well and is clearly full of sympathy for the hapless women, innocent victims of a male society.

The latest addition to my website is Fernando Aramburu‘s Patria (Homeland). This book has been hugely successful in Spain and has been translated into several languages and will appear in English in March 2019. It tells the story of two Basque families. In one, the father, Txato, is murdered by ETA, the Basque separatist group as he does not pay the revolutionary tax, a contribution demanded by the ETA from Basque businesses. The other family, initially close friends with the first, have a son, Joxi Mari, who becomes an ETA killer and who may or may not have killed Txato. We follow the lives of all the members of the two families – two children in the first case, three in the second – and their lives both before and after the murder of Txato, including Joxe Mari’s time in prison (a sentence of 126 years). Aramburu is clearly more sympathetic to the victims, particularly, Txato’s widow, Bittori, but understands even if he does not agree with the ETA side and their supporters. Aramburu tells a first-class story about what it means to be Basque during the ETA era and how it affected all sides. 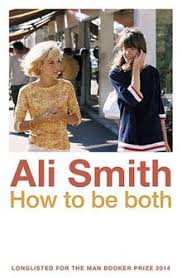 The latest addition to my website is Ali Smith‘s How to Be Both. This book tells two stories and, when it was originally published, half were printed with one first and the other half with the other one first. The first one (that I read) concerned the Italian painter Francesco del Cossa, known for his frescoes in Ferrara. The second story concerns George, a sixteen-year old English girl, whose mother suddenly died recently. Cross-dressing, gender fluidity and bisexuality are the both of the title though they do not figure prominently. The two are connected as, before her death, Carol George’s mother, takes George and her brother to Ferrara to see the frescoes. Carol is also an Internet rebel (Google bombing) and highly critical of certain politicians and, as a result, may or may not be under surveillance. I found the novel somewhat rambling but the George story was certainly more interesting than the Ferrara one.