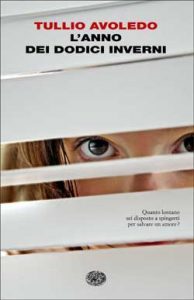 The latest addition to my website is Tullio Avoledo‘s L’anno dei dodici inverni [The Year of the Twelve Winters]. An old man comes to visit a couple and their baby in 1982, saying he wants to write a book about babies born on Christmas Day as their baby, Chiara, was. He comes most years, yet there is clearly something odd about him, not least of which he is able to predict future events and never seems to age. We also have a narrator, telling us of his own messy life. We follow Chiara who messes up her own life, after her father dies. Suddenly, we jump to 2028 and a futuristic London, where all the strange events of the previous part of the book are explained, with the writer Philip K Dick being key to the story. Yes, it is certainly part science fiction but it is also a very clever story and very well written but, sadly, not availabe in any other language. 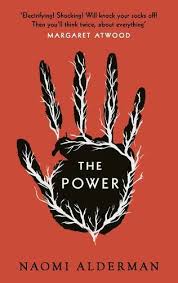 The latest addition to my website is Naomi Alderman‘s The Power, winner of 2017 Women’s Prize for Fiction. It was the first science fiction novel to win the Women’s Prize. Most of the novel is set in the near future (or an alternative present) and takes as its premise that women (primarily younger women) acquire power to inflict an electric shock of varying degrees of intensity. The prime use of this is to repel (and, in many cases, kill) assailants, nearly all men who assault them. The book tells the story of four individuals and those associated with them – three women and one man – and we see the inevitable changes in the world through their eyes. The man is a Nigerian who becomes the unofficial chronicler of the age, while the three women (two British, one American) are all involved directly in the ensuing events. The novel culminates in a major clash between a Saudi army based in Northern Moldova and a state in the same area run by women. Alderman shows that the women with this power can be just as violent as the men while, at the same time clearly making the point about male violence and abuse of power.

The latest addition to my website is Yoshio Aramaki‘s 神聖代 (The Sacred Era). This is a science fiction novel in the tradition of Robert Heinlein and Philip K Dick but it is a highly intelligent and serious work. Yoshio Aramaki has a reputation in Japan (but not elsewhere) as a first-class writer of speculative fiction (and, more recently, of virtual reality war novels). This is in the former category and considered his best work. It is set on an imaginary planet that has many features of Earth. The planet has a Christian-like religion but one that is Quadritarian rather than Trinitarian, with the Holy Igitur being the fourth divinity. It is facing serious climate change problems as a result of extraction of the hydrogen from the sea and has managed to travel great distances in space. Our hero is K. who, like his Kafkaesque namesake, is a solitary person who has been selected to take the special Sacred Service Examination. Successful candidates (there are fairly few) join a select group of people. He becomes the youngest to pass and is selected to study the Planet Bosch (named after the painter, who exists on their planet as well). However, he has to deal with the ghost of a famous heretic, Darko Dachilko, who was beheaded seven hundred years previously and who seems to like strangling people, an unusual career path, and travel to several exotic planets where he meets Lucifer (the devil), Darko Dachilko and a sex doll. While using conventional science fiction tropes and ideas, the book is ultimately a very serious examination of the nature of humanity, where humans are going a the relationship of humans with the divine.