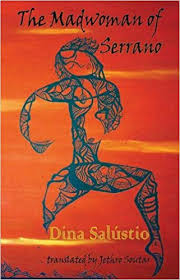 The latest addition to my website is Dina Salustio‘s A Louca de Serrano (The Madwoman of Serrano). This is the first novel written by a woman published in Cape Verde and the first in English. It may well be the first magic realist and feminist novel from Cape Verde. It tells the story of the remote village of Serrano, where the midwife is all important, where the madwoman dies aged thirty-three and is reborn aged nine and where the sexual relations between the men and women, including those involving strangers coming to the village, are complicated and make up the bulk of the story. We follow the stories of various characters but primarily three people, a man and two women, whose lives do not always turn out the way they want. Salustio is a wonderful story-teller and tells her story well.

The latest addition to my website is Soledad Puértolas‘ Queda la noche [The Night Remains]. This book follows the story of Aurora a thirty-something, single Spanish woman who struggles to cope with life. She has a series of desultory affairs but they do not really work out. She travels East with a male friend, particularly to New Delhi, where she meets a group of men and is attracted to two, an Indian and an Englishman but that does not work out, at least not in the way she hoped. Back home, things start to go wrong: parents, friends, boyfriends, relatives, life, all made more difficult by what happened in India turning out to be far more complicated than she (and we) had been aware of. It is a sad book, as all that remains for her is, as the title, says, the night. It has been translated into for languages, but not English. 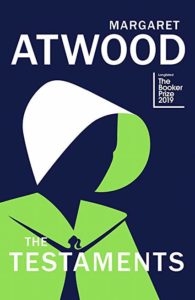 The latest addition to my website is Margaret Atwood‘s The Testaments. This is her well-publicised follow-up to The Handmaid’s Tale, and is set some fifteen years after that book ended, still in Gilead, a successor country to the United States. In this book we primarily follow the story of three women. Aunt Lydia is in charge of the Ardua Home, where women are trained either to be wives/mothers or aunts (older women who mentor/teach younger women). She had been a lawyer before the revolution which led to the Sons of Jacob taking over and oppressing women in accordance with the men’s view of the Bible. She is now a survivor. Agnes is a young woman from a well-to-do home who is being trained to be a wife/mother but decides to become an aunt. Daisy was a Gilead baby but had been smuggled out to Canada and only learns of her fate at the beginning of the book. We follow the story of these three women and the fate of Gilead. Atwood again gives us a superb story and very much makes her point about the oppression of women. 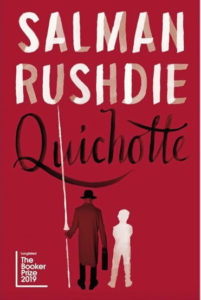 The latest addition to my website is Salman Rushdie:‘s Quichotte. This is nominally Rushdie’s pastiche of Don Quixote, with its inspiration more from US TV shows and Pinocchio than from Cervantes. We follow a TV-obsessed Indian immigrant to the US, who wants to win the heart of a former Bollywood, now US TV star and sets out on a journey to do so. However, his story is being written by another Indian immigrant to the US. Both men have similarities with Rushdie himself, both men have fallen out with her sister and both men are estranged from their son (one real, one imaginary). However, Rushdie goes all over the place – cheap jokes, US TV, science fiction, fantasy, racism and Trumpism, the road novel increasingly prevalent psychological disorder in which the boundary between truth and lies became smudged and indistinct. It is quite a fun read but really not a very good novel. 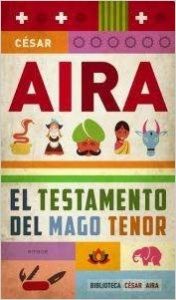 The latest addition to my website is César Aira‘s El testamento del mago tenor [The Will of the Tenor Magician]. This book, not translated into English, tells the story of a magician who, on his deathbed, leaves a special magic trick to the Eternal Buddha. The Eternal Buddha is a god but also very much a living being and very small indeed, living in a dilapidated house in the Punjab, with his housekeeper, Mrs Gohu, with whom he has a tempestuous relationship. We follow this story but also the story of Jean Ball, a lawyer, who takes the trick to the Buddha but who meets the lovely Palmyra on the way out and, on the way back, the mysterious Mr Gauchat who is reading a book about Buddha, in which Ball is featured. As is usual with Aira, it is all decidedly strange but highly enjoyable, if you do not mind some mystery in your life. 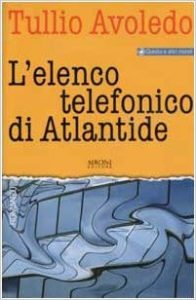 The latest addition to my website is Tullio Avoledo‘s L’elenco telefonico di Atlantide [The Atlantis Telephone Directory]. The story is about Giulio Avoledo, a lawyer with a regional bank in North-East Italy. He has various problems. The bank is being taken over by a larger bank, Bancalleanza, and he may lose his job. His marriage has problems. The flat where he lives is below a flat owned by a drunk and heroin addict who makes so much noise all night long that Giulio’s wife and young son have gone to live with her mother. Things get worse when there are strange goings-on in his building and he is told of a massive conspiracy, involving Bancalleanza, Egyptian gods, an alternative past, his building and its inhabitants, his HR officer and, inevitably, Nazis. Much of it is very much tongue-in-cheek, with Avoledo mocking conspiracy theories and Giulio proving to be a smarter adversary than his enemies anticipated. Sadly, the book has not been translated into any other language.