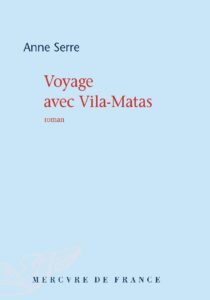 The latest addition to my website is Anne Serre‘s Voyage avec Vila-Matas [Journey with Vila-Matas]. This is quirky novel about a woman author, clearly based on Serre herself, attending a literary festival and ruminating/fantasising about Spanish novelist Enrique Vila-Matas. She imagines he is there on her journey and at the festival and thinks about the boundary between reality and fiction. The second part of the book is about Vila-Matas himself, who receives an email from a woman who claims he is the father of her twenty-year old daughter. He is not but he investigates and again the boundary between the novel and real life becomes fluid. She concludes with deciding that Vila-Matas is both real and fictional. It is a witty and clever book about real life versus fictional life, with the boundary being very fluid.

The latest addition to my website is Miljenko Jergović‘s Dvori od oraha (Walnut Mansion). This novel follows the story of the entire life of Regina Delavale, who lives ninety-seven years, from 1905 to 2002. However, Jergović has opted to tell it back-to-front, i.e. starting with her death and ending the novel with her birth. She is the only girl of the family, with five younger brothers and lives through the troubled times of her region, the former Yugoslavia. Though she is the eldest, she outlives her brothers, all of whom, as does she, have unpleasant deaths, with three killed in wars, one in the Spanish flu epidemic and one dying in an asylum, suffering from post-traumatic stress disorder, because of the war. Jergović gives us a host of colourful stories about Regina, her relatives and some key people she comes into contact with, all of whom are witnesses to and often victims of the troubled times in the region. This is certainly an interesting way of giving a history of a traumatic century for Yugoslavia and its previous and successor states. 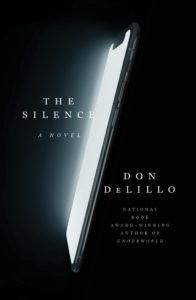 The latest addition to my website is Alonso Cueto‘s La viajera del viento (The Wind Traveller). This is about the Peruvian war against Shining Path guerrillas and the consequences of that war. Ángel was in the army fighting the guerrillas at that time. He is ordered to dispose of the bodies of alleged guerillas tortured and murdered. One of the bodies is that of a young woman who is not dead. She begs for mercy and claims to have known Ángel as a child. He shoots her. Soon after he leaves the army. One day she walks into the shop where he is working and his life changes. He stalks her but she denies knowing him. He ends up in prison. He finds a certain amount of redemption and starts out afresh with a new and happy life. But his past is always going to catch up with him. The novel is about the horrors of the war but also about guilt, forgiveness and redemption.

The latest addition to my website is Juan José Saer‘s El limonero real (The Regal Lemon Tree). the character in this book – an extended family celebrating New Year’s Eve – live on a series of interconnected islands. The main character, Wenceslao, is married to an unnamed woman. They lost their only son some six years ago and while he has more or less recovered, she is still in deep mourning. He goes off to another island to celebrate New Year’s Eve with her parents, her sisters and the sisters’ respective families, while she refuses to come. We follow the celebrations but we also follow Wenceslao’s dream-like approach to life, both in the present – at the celebration he goes off for a nap and dreams – but also his memories, sometimes distorted, of the past and even an imaginary reunion with his son. The family traditional New Year’s celebration, family issues and the like, are mixed in with Wenceslao’s detachment from life and from the world around.

The latest addition to my website is Ngũgĩ wa Thiong’o‘s Kenda Mũiyũru (The Perfect Nine). This is not a novel but a blank verse recounting of the origin myth of the Kikuyu people (Ngũgĩ’s people). Ngũgĩ claimed to have a revelation about it so though it is based on the actual Kikuyu origin myth, it has clearly been expanded. Gĩkũyũ and his wife Mũmbi are the first two and they ascend Mount Kenya, sleep for nine months and then come down and produce ten daughters. (Traditionally there were nine but Warigia is often omitted, not least because she has crippled legs.) The beauty of the daughters spreads and ninety-nine suitors appear. The rest of the tale recounts how they are tested to prove worthy of the daughters, in particular a dangerous journey involving multiple ogres, lions and crocodiles, and treacherous swamps. In all cases the women prove tougher than the men. It is a thoroughly enjoyable tale. 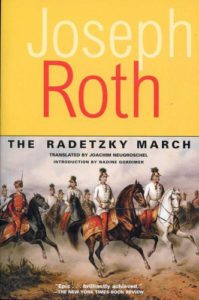 The latest addition to my website is Joseph Roth‘s Radetzkymarsch (The Radetzky March). This is a superb novel, following the downfall of Austria from its defeat at the Battle of Solferino in 1859 to the death of Emperor Franz Joseph I, who led his troops at Solferino, and who lived till 1916. Along with the downfall of Austria, we follow the rise and downfall of the Trotta family. Lieutenant Joseph Trotta is known as the Hero of Solferino, as he saved Franz Joseph’s life and is amply rewarded. He, his son and his grandson benefit from this, all three meeting the Emperor, but Carl Joseph, the grandson, even with these advantages, like his country, gradually slides down the slope and for all three – Austria, Carl Joseph and the Emperor – it does not end well.

The latest addition to my website is Sara Lidman‘s Regnspiran (The Rain Bird). The novel tells the story of a small Swedish farming community at the very end of the nineteenth century. Egnor, a former womaniser and drinker but now a very devout fifty-year old Christian is married to Hanna. They had been trying for a child without success but now Linda arrives unexpectedly. Egnor feels he is too old to be a father. Hanna is torn between Egnor’s strict religious rules and her child and, once she is old enough, father and daughter clash. When Egnor dies, a death foretold by Linda, things get worse. It starts with Simon, a hard-working but not very bright boy, adopted by neighbours, and as Linda becomes a young woman, she brings disruption to the village, both intentionally and unintentionally. Lidman tells her story well, showing Linda as a complex character. Is she bad, out of her time or just self-willed?