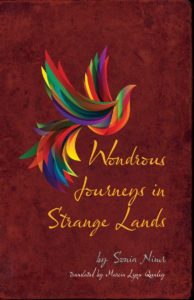 The latest addition to my website is Sonia Nimr‘s الاتمرتبة الأولى في جائزة الاتصالات (Wondrous Journeys in Strange Lands). Our narrator/heroine is Qamar. Her father lived in a remote Palestinian village. When he was thirteen, he was allowed to visit the city with his father, He discovered a book – Wondrous Journeys in Strange Lands – and the daughter of the bookshop owner. She gives him the book and five years later he is back and marries her. They have twins, one of whom is Qamar. When her parents die, she decides to follow her parents’ dream and travel, something that is very risky for a woman on her own at that time (early-mid 19th century?) and in that region. She does, however, and has many adventures, including being enslaved, being a pirate and other Arabian Nights-style adventures. The book has lots of colourful tales and is a thoroughly enjoyable read. 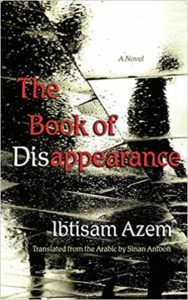 The latest addition to my website is Ibtisam Azem‘s وسفر الاختفاء (The Book of Disappearance). The book is set primarily in Jaffa. Alaa is a Palestinian who works as a cameraman. At the beginning of the book his beloved grandmother dies and much of the book is tribute to her and the sufferings she and the other Palestinians have suffered since the nakba. While we are learning about various Palestinians and what they have suffered, suddenly, overnight, all the Palestinians in Israel simply disappear. No explanation is given. We follow the reactions, with Ariel, Alaa’s Israeli friend, who is reading Alaa’s notebook about his grandmother and his views, while many other Israelis are rejoicing that their problem has gone. This is a wonderful book, showing both what the Palestinians have suffered and continue to suffer and the Israelis’ reaction to their disappearance. 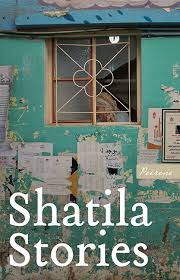 The latest addition to my website is Shatila Stories, a collaborative novel, set up by Peirene Press and written entirely by Palestinian and Syrian refuges in the Shatila refugee camp and edited into a coherent novel. The novel tells of life within the camp and it is naturally not generally pretty. Conditions are poor, violence, drugs and sexism are rife, opportunities are limited and life is not good. We follow the stories of a few of the refugees, those who try to make a better life for themselves but also those whose life has gone sour. A young girl is married off to an older man, to help pay her family’s debts, a young man and young woman enter a music contest, a young woman tries to get to university in Canada and all struggle to survive and bring meaning to their lives. Given that the novel was written by amateurs and edited by professionals, it has turned out remarkably well and is a really fascinating read.

The latest addition to my website is Liana Badr‘s رج عين المرآة (Eye of the Mirror). This novel is set in the Tal el-Zaatar refugee camp in the mid-1970s and recounts the events of Siege of Tel al-Zaatar, as seen through the eyes of one Palestinian family and, in particular, the eldest daughter, Aisha. Aisha had been working at a convent in return for an education but is pulled out following the Ain el-Rammaneh bus massacre. She lives with her hard-working mother, her abusive, alcoholic, lazy father and her two younger siblings. As the siege intensifies, life becomes harder. Aisha falls for a guerrilla but he is promised to someone else and she is forced into a marriage with one of his comrades. She resists but cannot prevent it. Medicine, food and drinking water become harder to obtain, most of the men are killed and Aisha, as a Palestinian and woman, knows her life will be one of suffering. There is nothing positive to take from this novel, not least as we know, twenty-six years after its publication, things have not improved and the prospects for an independent Palestinian state are as remote as ever. 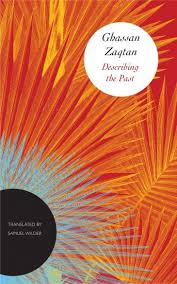 The latest addition to my website is Ghassan Zaqtan‘s Ghassan Zaqtan: وصف الماضيالمرآة (Describing the Past). This is a wonderful novel of memory and death and sensuality, set primarily in a Palestinian refugee camp. There are three main characters, never named, referred to only as I, he and she, all of whom tell their own stories in the first person, though I is nicknamed Christian and he the Iraqi. As boys, both see and are attracted to the woman, the young wife of an elderly Hadj. After the Hadj’s death, the Iraqi will later marry the woman while Christian moves on. It is his return to the camp, after the death of the Hadj and of the Iraqi, which is recounted by Christian, bringing back memories of the woman, but also of deaths, both casual and brutal, of the Nakba and of his past life. Zaqtan is a poet and he gives us a beautiful though sad poetic novel.

The latest addition to my website is Emile Habiby‘s فاء سعيد أبي النحس (The Secret Life of Saeed the Pessoptimist). The novel tells the story of Saeed,a Palestinian man, who works for the Israelis. He is almost killed during the Nakba in 1948, when Israelis fire at his family but, fortunately for him, a donkey got in the line of fire and was killed instead. The family flee to Lebanon but, as a young man, Saeed returns to Israel, where he works for the Union of Palestine Workers, an Israeli-fronted organisation. Saeed is something of a naive and innocent, a cross between Voltaire’s Candide and Schweik. He is always getting into trouble but, just about, manages to extract himself. He meets and falls in love with Yuaad, loses her, and finds her again but it does not work out. He marries another woman and they have a son but mother and son disappear when the son joins the fedayeen. Above all, this is a very humorous book and satirical one, mocking the Israelis, above all, but not averse to mocking the Palestinians and, of course, Saeed himself.