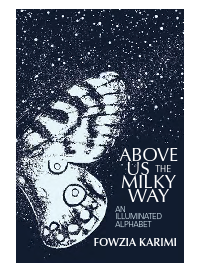 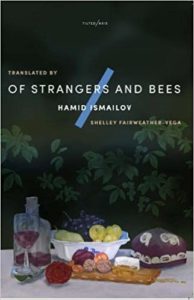 The latest addition to my website is Hamid Ismailov‘s Hayy-ibn-Yakzan (Of Strangers and-Bees). This is another superb book from Hamid Ismailov, the Uzbek novelist, about exile and, indeed about bees. We follow the travels and travails of the fictitious Sheikhov (possibly an alter ego of the author) but also of the Uzbekistan-born, Persian philosopher Avicenna who may have died in 1037 in real life but continues on in this book. Sheikhov is both studying Avicenna but is also keen on finding the travelling Avicenna who may be held in prison in France or the US. It is both a very serious book about exile, faith and politics but also, at times, very funny, as we follow Sheikhov’s travels in Europe. In particular, it is a superb read. 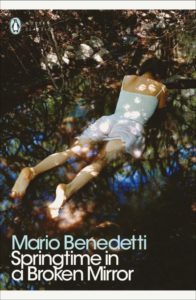 The latest addition to my website is Mario Benedetti‘s Primavera con una esquina rota (Springtime in a Broken Mirror). This is only the second of Benedetti’s novels to appear in English. Another one will appear in June 2019. This one is set in the 1970s when the military have taken over power in Uruguay and there is considerable repression, with many Uruguayans going into exile. We follow the stories of five people: Santiago who is in a jail in Montevideo, his wife Graciela, his daughter Beatriz and his father Rafael, who are all in exile in Buenos Aires, and Benedetti himself, who was an exile during this period. Santiago has four more years to serve in prison but is eager to see his wife and daughter again. However, Graciela is having an affair with Rolando, Santiago’s best friend. Benedetti tells an excellent story of how involuntary exile affects these various people and how it changes them. 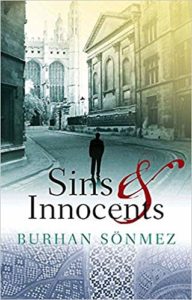 The latest addition to my website is Burhan Sönmez‘s Masumlar (Sins & Innocents. Burhan Sönmez was attacked by the police in Turkey and came to England, specifically Cambridge, both to recuperate and escape. Brani Tawo, the narrator of this book, is based on him. The story is divided into alternating parts. The first involves Brani’s time in Cambridge. While there he meets a fellow exile, Feruzeh, who left Iran with her mother when she was seven and has not been back. She is doing a Ph. D. The two soon become friends and more. At the same time we are following the story of Brani’s family and village back in Turkey, as partially seen through the eyes of a travelling photographer, Tatar. The stories are all grim but eventually link up with Brani and the photo he has of his uncle Hatip and Tatar, which starts off his story in Cambridge. It works well, as Sönmez is a fine story teller for both the Cambridge and Turkey part of the novel and deals with issues such as exile and how to fit in to a foreign country on the one hand and the grimness of life in Turkey, with feuds, bandits, war and its consequences, and the harshness of life in rural Turkey on the other.