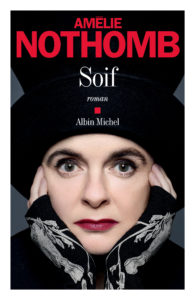 The latest edition to my website is Amélie Nothomb‘s Soif [Thirst]. Nothomb had long been planning to write her Jesus novel but had not felt able to do so till 2019. It tells his story, from his point of view, from the trial to the resurrection. This is not your conventional religious novel, as this Jesus, while aware of his deity is very much a human being, one who feels pain (and thirst), love and admiration for his parents and romantic love for Mary Magdalene. We follow him through his trial, night in prison, stations of the cross, crucifixion and resurrection and he tells us both how he is feeling, while giving us his views on humans, on God, on how he will be received and on what he did and why. He is critical of some of the conventional views of what he did and said (as reported in the Bible), bitter when the beneficiaries of his miracles criticise him, and explains how thirst is a key human feeling.If you are very religious, you might feel some concern about this approach but, for the rest of us, it is an interesting point of view.