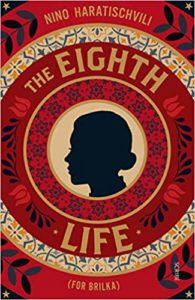 The latest addition to my website is Nino Haratischwili‘s Das achte Leben (The Eighth Life). This is a monumental Georgian novel that tells the story of several generations of a Georgian family, from the beginning of the 20th century to the beginning of the 21st century. The story is told against the background of the history of Georgia and the history of the Soviet Union during this period, both of which have a huge effect on the family members. The family members often make poor choices, particularly in their choice of romantic partners and we follow their up and their downs, with real people, particularly Lavrentiy Beria having a huge influence on their lives. It is a wonderfully imaginative and colourful story, full of life as well as full of sadness, but never leaving us bored.