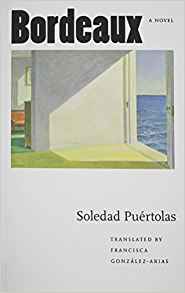 The latest addition to my website is Soledad Puértolas‘ Burdeos (Bordeaux). The novel tells three stories, with several of the characters appearing in two or all three stories. The first two are set in Bordeaux, with the third set in Bordeaux and elsewhere. The characters are nearly all all well-to-do bourgeoisie. The main theme of the stories is that marriage/close relationships are not a good thing, particularly for women, with the men being controlling, patronising or simply taking their wives for granted. Despite this, the solitary life, which several of the characters lead, is not really a good thing either. In the third story, Elizabeth Parker gives some advice, namely marry anyone as long as they love you. Perhaps this is the message Puértolas wishes to share.