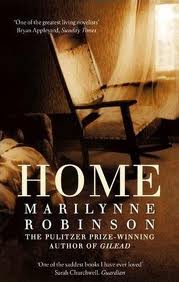 The latest addition to my website is Marilynne Robinson‘s Home, the second book in her Gilead trilogy. In the first book – Gilead – the Reverend John Ames told his tale and mentioned the son of his very good friend the Reverend Robert Boughton, Jack. Unlike his seven siblings, Jack had been a wilful, badly behaved child and had continued in this way. As a child, he had stolen, refused to go to church and, sometimes, school and generally been a trial for his parents. As a young man, he had got a girl from a poor family pregnant and then refused to have anything to with mother or child. He had subsequently left the family home and had not been seen for twenty years. He returned, somewhat chastened and, as we had learned (though his family did not learn till later in the book) had left behind a woman (to whom he was not married) and child. Ames had been quite critical of him. 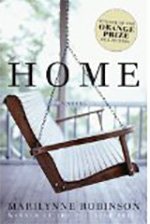 This book tells the story of his return but from the perspective of the Boughton family – Jack himself, his sister, Glory, for whom a long relationship has recently ended unsatisfactorily and is now looking after her aged father, and their father, Robert Boughton. The story is essentially about how the three adapt to the situation, with the father-son and brother-sister relationship gradually being improved, if not fully repaired, over the course of the book. Jack still has his problems, not least because he is missing Della, his partner, and their son, because he still drinks, though not nearly as much, because he still feels somewhat uncomfortable with both his father and sister (as well as with the Reverend Ames) and because he recognises that his life has not gone well and the future does not bode well. Most of the book is the struggle of the three to establish a modus vivendi which, gradually, they more or less do but with the inevitable ups and downs. While it is certainly a fine book, I consider this to be the least satisfactory of Robinson’s four novels but still very much worth reading.