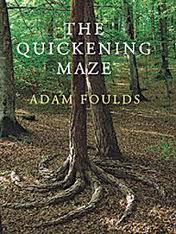 The latest addition to my website is Adam Foulds‘ The Quickening Maze. This a story about the poet John Clare and, to a much lesser degree, the poet Alfred Tennyson. Clare spent much of his adult life in asylums. This one tells of his time in an asylum in Essex, managed by Matthew Allen. Also an inmate in the asylum was Septimus Tennyson, brother of the poet (though Septimus had also written poetry). Alfred takes a house nearby to keep an eye on his brother. Clare is slowly sinking into madness, looking out for Mary, a young woman he had loved many years ago before his marriage who, unbeknown to him, is now dead. But he also loves to wander around the countryside and it is his love of nature that Foulds brings to the fore. The asylum is run on more or less liberal lines (for the period) but there is still brutality and cruelty, particularly when Dr Allen neglects his asylum for his new wood carving machine. Foulds was one of the Granta’s Best Young British Novelists and this is his second novel.