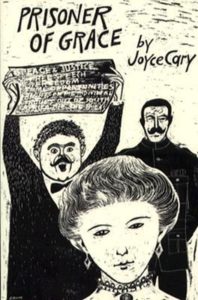 The latest addition to my website is Joyce Cary‘s Prisoner of Grace, the first book of his second trilogy. The story is told by Nina Latter, formerly Nimmo, née Woodville. She had been married for some time to Chester Nimmo who became a successful and (on the whole) principled politician in the early part of the twentieth century in the Liberal governments before and during World War I. She had not wanted to marry Chester but she was pregnant by another man – her cousin, Jim, whom we know from the beginning she will later marry – who could not marry her because of his army career. Chester is happy to marry her (her £5000 inheritance was not a deterrent though certainly not the main reason) and she helps him in his political career. He eventually becomes a minister. The book is both about his political career but also about the politics of their marriage, which are often more complicated than his political career. Cary gives us another first-class book about what is ultimately a failed career and a failed marriage, albeit with its high points as well. 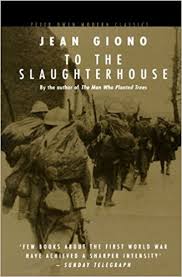 The latest addition to my website is Jean Giono‘s Le Grand Troupeau (To the Slaughterhouse). This is Jean Giono’s World War I novel, telling of the horrors of that war. We follow both the fate of those left behind (but near the front), older men and women in this novel, as well as their loved ones off fighting a bloody and vicious war. The story tells of a particular family, with the two young men away fighting and the old man and the young women left to look after the farm. While the old man and the young women struggle, Giono, in particular, spares us no details of the actual war, with one of the young men, Olivier, seeing most of his unit killed, several in front of him, and images of crows and rats eating dead bodies. This is definitely not of one Giono’s joyous novels but a worthwhile addition to the literature of the horrors of war.