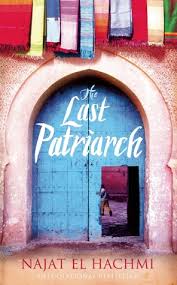 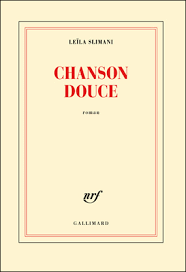 The latest addition to my website is Leïla Slimani‘s Chanson douce [Sweet Song]. Slimani, born in Morocco and resident in France, won the Prix Goncourt for this novel. We know what happens from the first paragraph – two young children are brutally murdered and their apparent assailant who has tried but failed to kill herself, lies next to them. She is their nanny, Louise. The book tells the story of how this situation came about. Paul and Myriam Massé hire a nanny when Myriam goes back to work (as a lawyer) after having two children. Louise comes with impeccable credentials and she seems a dream come true. Not only does she take care of the children, who adore her, she does a whole range of other household tasks, including cooking for their guests. However, we gradually sees that Louise is not a happy person. Her own daughter has disappeared. She had an unhappy marriage and is now a widow. She desperately wants another child of her own. She does not seem to have any life of her own outside her babysitting job, with a variety of financial problems. Slimani addresses a range of issues such as racism and sexism, but also the role of the respective parents in the upbringing of children, mothers juggling work and family concerns and the associated guilt that they are neglecting one or the other (or both); the exploitation of staff; the issue of illegal aliens and how they are exploited by employers; living alone in a big city and, of course, a range of mental health issues. Though we know the ending, she tells her story well, leaving us wondering how it all went wrong. 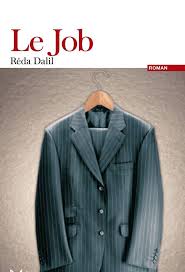 The latest addition to my website is Réda Dalil‘s Le Job [The Job]. Having decided, unlike the past two years, not to read all the Man Booker shortlist entries, as I frankly was not very inspired by them, I decided to have a look at some other prize lists. This novel won the Moroccan Mamounia Prize though, I must say, while I enjoyed it, it certainly is not a great work and makes me wonder what the other novels were like. This novel tells the story of Ghali Habchi, a thirty-year old, unmarried Moroccan banker who has been made redundant from his Moroccan-based bank – one of 30,000 – as a result of the sub-prime crisis in the USA. The novel tells of his vain attempts to find another job. He applies for some twenty jobs a day but only manages three interviews during the course of the book. The first turns out to be for a receptionist’s job. When he does not hear from the second, he waits in front of the building, looking out for the woman who had interviewed him. When he finally spots her, he dashes across the road, only to be knocked down by a car. The third is also disastrous. Meanwhile, his friend, Ali, married with a daughter, is also redundant and taking it even worse than Ghali. Eventually, unable to pay the rent, he and his family come and live with Ghali. Ali finds Allah, while Ghali and Sofia, Ali’s wife, find each other. It is well told and fascinating, not least because I did not expect the first novel I read about the sub-prime crisis to be Moroccan, but there must be better Moroccan novels out there.