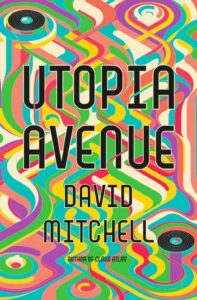 The latest addition to my website is David Mitchell‘s Utopia Avenue. The story starts in January 1967 in London and tells how a group is formed by a Canadian manager of four different characters, three men and one woman and the various trials and tribulations they face including but not limited to sex, drugs, family issues, band relationships, the press, a US tour, record companies, publicity and money. Many real-life famous and not so famous musicians and others make an appearance as we follow the band from their disastrous first gig to US fame and the inevitable problems a band faced in the 1960s as well as one or two not so inevitable problems, including the psychological problems of the lead guitarist. Mitchell tells an excellent story but you will enjoy it more if you are familiar with the era and the musicians of that era.