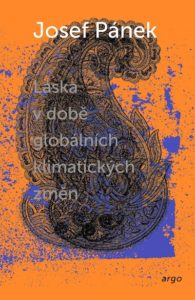 The latest addition to my website is Josef Pánek‘s Láska v době globálních klimatických změn [Love in the Time of Global Climate Change]. This is a witty (with Czech-style wit) novel about racism and racial differences. Tomáš is a divorced molecular biologist, attending a conference in Bangalore. He does not like the place – the heat, the smell, the noise, the food, the lack of alcohol. He has not had sex for some time (exactly how much depends on his mood) and cannot countenance having sex with an Indian woman. He then meets an Indian woman, first in the street and later at the conference and he starts to wonder whether he was mistaken. Throughout the book he mocks those he meets, the places he visits, his family, the Czech institutions and above all, himself and his attitudes. It is very funny but, at the same time, seriously discusses the issue of racism and racial differences.