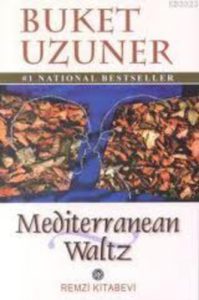 The latest addition to my website is Buket Uzuner‘s Kumral Ada Mavi Tuna (Mediterranean Waltz). This is a complicated novel about love and war. Duna Atacan, as a five year old boy, meets Ada Mercan, two years his senior, whose family – the parents are both famous actors – has moved near to his family. He is immediately smitten with Ada and will remain so throughout the book, but she soon prefers his dashing, older brother, Aras, and Ada and Aras seem destined to be together, though Ada remains close to Duna. At the beginning of the book, a civil war breaks out and Duna, now married to Merich, is called up and, at the same time, he learns that Ada appears to have confessed to a murder. We follow both the stories of Ada, Duna, Aras and Merich, Ada’s cousin who comes to live with the Mercans when her parents divorce, as they grow up and also the nightmarish story of Duna’s adventures in the army. It is certainly a good read as Duna plunges into his nightmare of war and we learn of the complications of the four children as they become young adults. 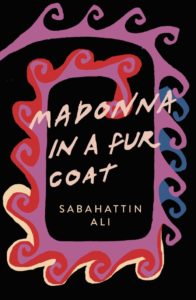 The latest addition to my website is Sabahattin Ali‘s Kürk Mantolu Madonna (Madonna in a Fur Coat). Our narrator, who has lost his job, gets a job where he has to work with a German translator called Raif. Raif is treated badly at work and badly at home (by his in-laws) and is often ill. When Raif seems to be dying the narrator is given a notebook which contains Raif’s story. He had gone to Germany as a young man and drifted around, till he went to a modern art exhibition. He did not like the art till be saw the final painting, a self-portrait by a woman called Maria Puder, which he christens Madonna in a Fur Coat. He is determined to find her and eventually does. The rest of the book is about their up-and-down relationship and, given what we know from the early part of the book, it is not going to end well. Ali tells an excellent love story as well as the story of a man whose life was defined by one meeting and has been failure both before and since. 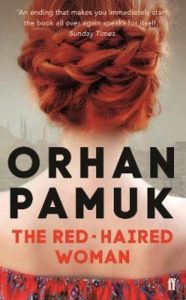 The latest addition to my website is Orhan Pamuk‘s The Red-Haired Woman. Our hero, Cem, has father issues. His father has deserted the family but when Cem gets a holiday job digging wells, he sees the well-digger, Master Mahmut, as a father figure. They are digging a well in Öngören, a suburb of Istanbul, and things are not going well. One day, Cem accidentally drops the bucket full of spoil down the well while Master Mahmut is digging. He hears a scream and then nothing. There is no reply when he calls. He flees the site and hears nothing more. He studies engineering geology, has a successful career, and a happy marriage with Ayse and his worries about the consequences of his action fade but do not disappear. Then, one day, he gets a job in Öngören, just by where they were digging the well. His father obsession – he becomes obsessed with the Oedipus legend and the Rostam and Sohrab legend in which father/son relationships inadvertently end, respectively, in the death of the father (Oedipus) and the son (Rostam and Sohrab). This is another good story, well told, even if not his greatest work. 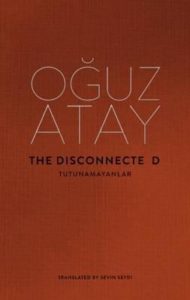 The latest addition to my website is Oğuz Atay‘s Tutunamayanlar (The Disconnected). This is the great Turkish post-modernist novel which, sadly, only appeared (and quickly disappeared) in English in a print run of 200 copies in 2017. Superficially, it is the story of a Turkish engineer, Turgut, who is trying to find out about a friend who allegedly committed suicide. In his investigations, he finds that the man, Selim, to whom he thought he was very close, had numerous friends of which he knew nothing. Selim was a big reader and we delve into his complicated reading (only introductions to books) and writing (an Encyclopaedia of the Turkish Disconnected, i.e. those who do not fit in and who often fail in their endeavours, of which Selim numbers himself). Turgut is also considering writing: a novel of the sighs of a tortured soul. And then Turgut disappears. Game playing is also key to the book. The book has been called the Turkish Ulysses and while it is not Ulysses, it is certainly the Turkish post-modern classic. It is sad that it is not readily available in English, as it should be.

Every year, around this time, I read books only from one country. This year I have chosen Turkey. It is no secret that Turkey is currently in turmoil, with massive repression of journalists and anyone opposing President Erdoğan. The only two Turkish writers on my site at the moment – Orhan Pamuk and Ece Temelkuran – have both fallen out with the administration and have faced problems.

I am not going to give a potted history of Turkish literature, not least because I know very little about it. I have provided a few links below if you wish to know more. Like other cultures, Turkey has had its folk tradition, its national epics and its poetry and, also like other cultures, the novel is a relatively recent innovation. The first Turkish novel was said to be Sami Frashëri‘s تعشق طلعت و فطنت; (Tal’at and Fitnat In Love), first published in 1873. It does not appear to be available in English but is readily available in German as Die Liebesgeschichte von Talat und Fitnat and published by Literaturca Verlag in 2013. Frashëri was ethnically an Albanian

The author of the novel that is actually the first novel to be published in Turkish was Armenian, Vartan Pasha (Paşa). His novel Akabi Hikâyesi [Akabi’s Story] was first published in 1851. It has been reissued in Turkish and Armenian but not, as far as I can tell, in any other language.

Often under the influence of French writers, Turkish novels started to appear more frequently in the late nineteenth century. None of them made much of an impact outside Turkey till the publication in 1932 of Yakup Kadri Karaosmanoğlu‘s Yaban, which has been published in French (L’étranger) and German (Der Fremdling) but not English.

Turkish prose fiction did develop from that period and there are quite a few novelists whose work has been translated into English and other European languages though with the exception of Orhan Pamuk and, perhaps, Elik Shafak, they have not made much impression in the English-speaking world. I am looking forward to discovering some of these writers about whom I know little but their name. 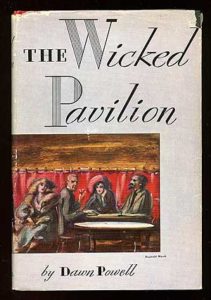 The latest addition to my website is Dawn Powell‘s The Wicked Pavilion. This is another wicked mocking of New York society from Powell, this one set around the Café Julien, where all the characters pass through at some time during the book. We follow tales of love gone wrong, ambitious people thwarted in their ambitions, backbiting and gossip and, in particular, a damnation of all sides of the art world – artists, critics, journalists, dealers, patrons and art lovers. All lack integrity and all are interested in money and sex and not much else – certainly not art. However, no-one is spared, not just the art world. Lovers, Boston society, parents, friends, husband hunters, husbands, wives, all are grist to Powell’s mill. It is very funny and while New York has undoubtedly changed in the seventy years since this book was set, the morality and integrity almost certainly have not. 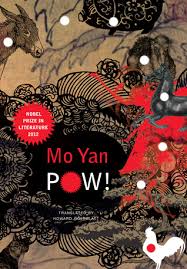 The latest addition to my website is Mo Yan‘s 四十一炮 (Pow!). This story follows Mo Yan’s usual style – conflict in his small town. In this case, our narrator, the meat-obsessed Luo Xiaotong lives with his parents. His father, Luo Tong, runs off with another woman. His mother, Yang Yuzhen, is determined to succeed without him and soon runs a flourishing recycling business. When a contrite Luo Tong returns, with a young daughter, after the death of his mistress, he is reluctantly accepted back. He is even appointed manager of the new meat packing business by his former enemy, Luo Lan, the village headman, though it is his now twelve-year old son who shows the most creativity at the plant. However, it is not going to go well and we get lots of blood, guts and gore, and not just from the animals at the meat plant. As always, it is funny, a good story and often unpredictable as to where it is going. 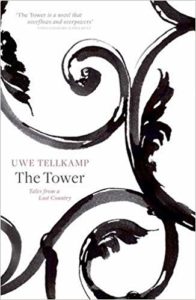 The latest addition to my website is Uwe Tellkamp‘s Der Turm (The Tower). This is a monumental novel – around a thousand pages long – which follows the lives of an extended, middle class family in the German Democratic Republic, ending with the fall of the Berlin Wall. Tellkamp’s aim is clear – to utterly condemn the GDR and its ways. The various family members, none of whom is a saint, have their own family and personal problems but, above all, they face innumerable problems by virtue of the fact that they live in the GDR. These problems include shortages, being spied on, extensive censorship, getting into trouble for even the mildest criticism of the system, housing problems, massive corruption, frequent power outages and many more. Tellkamp illustrates all of these problems and many more through his characters, as they struggle to cope and to survive. We follow three main characters – Richard, an outspoken surgeon, his son, Christian, far less outspoken than his father but who nevertheless gets into trouble for it, and Meno, Richard’s brother-in-law, a publisher’s editor who faces daily censorship. Tellkamp very much makes his point but it is a lot of reading on a subject that is soon likely to fade from memory.