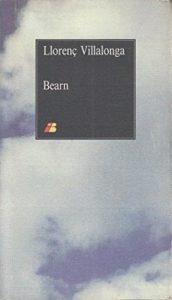 The latest addition to my website is Llorenç Villalonga‘s Bearn o la sala de las muñecas (Bearn or The Doll’s Room; The Doll’s Room). The book has been published in English with two different titles (see above), though the translation is the same. It tells the story of an old Mallorcan noble family, the Bearns. The Senyors – Don Toni and Dona Maria Antònia – both die within an hour of one another at the beginning of the book, having had no children (or, rather, no legitimate children; Don Toni has various illegitimate children he does not recognise). The story is told by Don Joan, the family chaplain, who was unofficially adopted by the Senyors as a child, when destined for a career as a swineherd. Don Joan has a lot of affection for the Senyors, despite Don Toni’s many faults (he runs off to Paris with his eighteen-year old niece, Xima; he is, in Don Joan’s eyes, often heretical). Then there is the mystery of the dolls’ room, permanently locked with no-one allowed to enter it. What does it contain? Above all, this is an affectionate account of a way of life that has long since gone (the story is set in the nineteenth century) and which Villalonga clearly – to some degree – regrets.