The latest addition to my website is Erhard von Büren‘s Wespenzeit (Wasp Days). This is the second novel I have read by this Swiss author and I must say that I enjoyed it more than his first one. Like that novel, this is the story of an ordinary man, in this case a municipal librarian in a small Swiss town. It is summer. His wife and two daughters are away on holiday and he is standing in for his boss, so cannot accompany his family. Instead of doing the extra work needed, he spends his time daydreaming, primarily about his past life. His past life includes his various romances – he examines each one in detail – but also his time in Paris, with pregnant wife, daughter and mistress and his learned Swiss friends, fellow sociology students. Sex is a key part but by no means the only part, as he skilfully, wittily and at times cynically dissects his own life and the life of those around him. It is very well done, telling of a fairly ordinary life with great humour, careful observation and at times considerable self-knowledge. Fortunately, the book has been translated into English and should appear late next month (August). 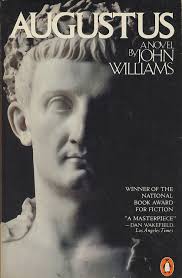 The latest addition to my website is John Williams‘ Augustus. This is a novel of the life of Caesar Augustus, formerly Octavian or Gaius Octavius. We follow his life from when he is a young man, unsure of himself, even though Julius Caesar has adopted him as his son, till his death. Williams tells the story through various documents – letters, memoirs and the like – some contemporary and some told with the benefit of hindsight. Octavius faces innumerable problems, particularly after the murder of Julius Caesar, but by a combination of courage, political astuteness and military prowess, he manages to win through. His problems are internal – someone always seem to want to take over in Rome – and external but he survives, despite ill health. His only progeny, despite four wives, is a daughter, Julia, and he loves her very much but he ends up having to send her into exile, because of her serial adultery. Williams clearly is fascinated by this great man who, at least in historical terms, seems to be in the shadow of Julius Caesar, though this may, at least for the English-speaking world, be partially Shakespeare’s fault. Williams does help to put him back in the forefront of history and tells his story very well. 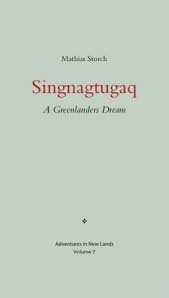 The latest addition to my website is Mathias Storch‘s Singnagtugaq (Singnagtugaq. A Greenlander’s Dream). This follows on from my post of Mitiarjuk Nappaaluk: Sanaaq unikkausinnguaq (Sanaaq) three days ago and it is interesting to compare the two. Both tell the story of hunting groups, their problems with the hunt and their not always easy relationship with their colonial masters. The main character, Pavia, is presumably based on Storch, as, like Storch, he goes on to become a priest. He questions the disputes between the native population and the difficult relationships with the Danes. We see not only difficulties with the hunts but inter-generational disputes as parents insist that their children marry against their will. We even get a bit of Rip van Winkle style science fiction as Pavia falls asleep and wakes up in 2105. It is certainly, like Sanaaq, an interesting novel, even if the translation is somewhat sloppy. 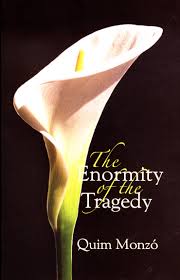 The latest addition to my website is Quim Monzó‘s La magnitud de la tragèdia (The Enormity of the Tragedy). Initially, this seems like a sexual parody, as Ramón-Maria, a widower of one year, a trumpet player in a burlesque show and former publisher, living with his teenage stepdaughter, Anna-Francesca, who hates him with a passion, has successfully wooed one of the actresses from the show, where he works, Maria-Eugenia. However, he has drunk too much and when they get into bed, he cannot perform. However, he wakes up that night with an erection, an erection he cannot get rid of. At first, this seems like something enjoyable, as he has a succession of sexual encounters with Maria-Eugenia and then with her friend. Anna-Francesca herself is also having an active sex life, though, as there is no communication at all between step-daughter and step-father, Ramón-Maria is completely unaware of this. However, Ramón-Maria finally goes to the doctor and learns he has a condition from which he will die in seven weeks. The book changes tone at this point, as he confronts his likely imminent death. He is also unaware that Anna-Francesca is plotting his death. He thinks of his death but then decides to go for a second opinion. This book seems to be a post-modernist view of Spain, where sex (and, to a lesser degree, violence) are common, and normal communication has faded away, though it could be just considered a sexual parody. 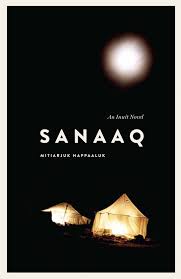 The latest addition to my website is Mitiarjuk Nappaaluk‘s Sanaaq unikkausinnguaq (Sanaaq). This is the first Inuit novel on my website and probably the first Inuit novel. It was written by a woman who had been asked to write everyday Inuit terms for a priest who was learning the language but had got bored doing that and then expanded it into a tale of an Inuit woman and those closest to her, creating a novel though she had never read a novel in her life. At the start of the novel she is a widow with a young daughter and early on firmly rejects a much older man’s proposal. She finally marries the brother of a friend of hers and their marriage generally seems to be happy, with the exception of one unpleasant incident. We follow their daily life with its everyday incidents, such as hunting and foraging, moving camp and dealing with their igloo (it always seems to be melting). They have their ups and downs – illness, deaths and other mishaps. The coming of the whites has a big influence on them, both good (medicine, Western goods) and not so good (one of the women becomes pregnant by one of them). Missionaries, of course, are very active. It is a very interesting novel, considering that its author had never read a novel. 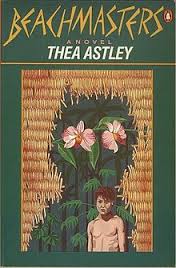 The latest addition to my website is Thea Astley‘s Beachmasters. This book is set on the fictitious Pacific island of Kristi but is clearly based on what used to be the New Hebrides and is now Vanuatu. It tells the story of a somewhat ramshackle rebellion against the joint colonial powers, the British and the French, though the island of Kristi is occupied by the British. The rebellion is led by a half-caste and Astley clearly feels sympathy for both the natives and half-castes who have been exploited by the colonisers and who feel powerless. She mocks both colonial powers in the form of their representatives but also mildly mocks the rebellion. The rebels forewarn the people the day before, by knocking on their doors and telling them to stay inside the next day. One man is killed, though it is not clear how but most of the rebellion involves violence against property rather than against people. They even stop for lunch. The leader, Tommy Narota, is something of an opportunist and, while he clearly favours rebellion, he also seems just to want to show off. We know, from the beginning of the book, that his rebellion will fail and that he will be sent to prison for seven years. The book jumps around bit and while Astley clearly makes her point against colonialism, it does not always work as a novel.