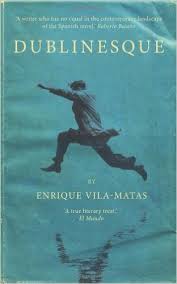 The latest addition to my website is Enrique Vila-Matas‘ Dublinesca (Dublinesque). It is about a retired publisher, Samuel Riba, a former alcoholic, the alcoholism being one of the reasons for his retirement, who prided himself on publishing quality contemporary fiction in Spanish, with a fiction list which seems to match the taste of Vila-Matas. He is adapting badly to retirement. As with other Vila-Matas’ protagonists, he spends much time of thinking of literary matters, from a general theory of the novel to the, in his view, decline of the novel in today’s world. He spends far too much time browsing the Internet and chatting on the phone to friends. He goes to occasional conferences but feels removed from the publishing world. As the title tells us, he becomes interested in Dublin, though he has normally shied away from English-speaking countries, as he does not speak English, though does have a fascination for New York. Ther Dublin fascination is prompted by a dream he has of visiting a Dublin pub called the Coxwold, which turns out not to exist. The title of this book comes not from Joyce, but from Philip Larkin though the Larkin poem equates with Chapter 6 of Ulysses, as both concern a funeral in Dublin 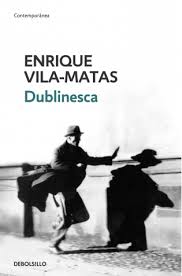 He decides to organise a trip to Dublin on Bloomsday, with the ostenible purpose of having a funeral for the Gutenberg era, which has been replaced by the digital era. He invites three friends – two former drinking companions, one an expert on Irish literature, and Nietsky, the one writer he thought he had discovered who would be great. All of this gives Riba/Vila-Matas scope for ruminating on Irish (and other) literature, with the inevitable fictitious authors also under discussion. While I certainly enjoyed this book, I did not find it as enjoyable as some of this others, not least because of the disjointed ramblings of Riba, which, at times, seemed to be going all over the place.