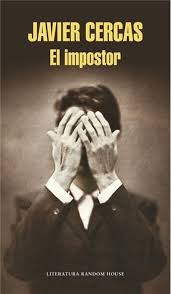 The latest addition to my website is Javier Cercas‘ El Impostor [The Impostor]. This is what Cercas describes as a novel without fiction, i.e a novel based on a real life person and/or events. In this case, it is about the very real Enric Marco, a man who had been the charismatic and hard-working head of Amical de Matthausen, an organisation concerned with the rights and issues of Spaniards who had been inmates of German concentration camps during World War II. Just prior to the sixtieth anniversary of the Allied relief of the camp, at which Marco was to be a keynote speaker, a relatively obscure Spanish historian found that Marco had not been an inmate of Flossenbürg, the German concentration camp where he had claimed to be a prisoner, or, indeed, any other German concentration camp. Contrary to his story about being sent to Germany by the Gestapo, when he had fled to France from Spain after the Spanish Civil War, he had gone as a voluntary worker and had been imprisoned in an ordinary German prison for unspecified misbehaviour. He eventually admitted the lie but justified it by saying he had done a lot of good work for the organisation and he had been in a German prison.

The novel is about Javier Cercas’ investigation of the Marco story, with the (not always accurate) assistance of Marco himself, now in his nineties. However, it is about a lot more. Though Cercas struggles to find accurate data about Marco’s life, and not just his life in the camp but his alleged Civil War heroics and his alleged post-Civil War anti-Franco activities, he does manage to find a certain amount and puts together various pieces of research done by him and others to get a more or less rough idea of what really happened and where Marco was telling the truth and where he was lying. More interestingly, we learn about his own struggles with the novel – the moral implications, the truth/untruth border, how much the novel is about Marco and how much about him and his (im)partiality. We also learn, in considerable detail, about the various questions the novel and the writing of the novel raise. Was Marco justified in telling a lie, when he did a lot of good? Was Javier justified in revealing negative information he finds about Marco, which may cause distress to Marco’s wife and children? Was Marco a Don Quixote or, perhaps, a novelist but one using real life as his canvas instead of a book? These and many, many other questions are raised by Cercas during the book. It is a first-class book. Indeed, it is the last book that I shall read or, at least, complete, this year and may well be the best. It is published by Maclehose Press in November 2017.