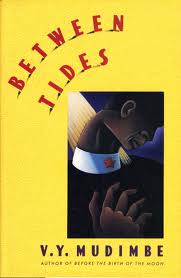 The latest addition to my website is V. Y. Mudimbe‘s Entre les eaux (Between Tides), a fairly rare occurrence of a novel from the Democratic Republic of the Congo that has been translated into English. This one is about Pierre Landu, a black African Catholic priest who is struggling with his faith. He is serving in an African country that is not named but is clearly Zaïre (the previous name of the Democratic Republic of the Congo). While his white colleagues are secure in their faith, he has doubts. In particular, he finds it hard to accept that his religion, as it stands, is properly serving his fellow countrymen during a time of crisis in the country. His mother and others tell him that Catholicism is a white man’s religion and he fears that God is a colonialist and oppressor, rather than a liberator. 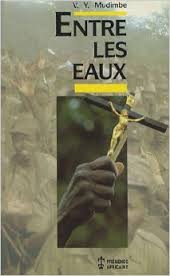 Eventually, after much internal struggle, he runs off to join a guerrilla group fighting the government forces. Here, he meets the commander, a man of learning, who knows the scriptures but whose religion is Marxism. The commander is able to argue with Pierre and point out to him the failure of Catholicism. However, despite the fact he becomes very much involved with the group, including killing, Pierre still feels that he is, above all, a priest. When the commander disappears and his number two takes over, things get more difficult for Pierre. However, he never resolves his crisis of faith but struggles to live with it. This is a very fine book on faith and its conflicts and we should be grateful that though out of print, it is fairly easy to find in English.