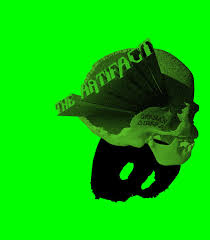 The latest addition to my website is Germán Sierra‘s The Artifact. Sierra is a Spanish neuroscientist but this book was written in English, though his previous novels were written in Spanish. It is essentially a novel and treatise on the future of the species, dealing with artificial intelligence, quasi-life forms, new technologies and how we relate to them and a Ballardian car accident. There are two plots, one involving the narrator who loses an arm when his car is hit by an AI controlled drone and another when he is sent an MRI from a former student showing a brain with an artifact (an anomaly seen during visual representation in MRI. It is a feature appearing in an image that is not present in the original object.) However, what makes this book so interesting is Sierra’s discussion of a whole range of biological, quasi-biological, cybernetic, neurological and other developments in our species. It is one of the most original novels I have read for some time. Not an easy read but very well worth it.