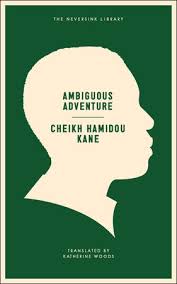 The latest addition to my website is Cheikh Hamidou Kane‘s L’aventure ambigue (Ambiguous Adventure). This is a semi-autobiographical novel about Samba Diallo, son of a Senegalese chief. He is a committed Muslim (like nearly all Senegalese) and clearly believes the Senegalese should follow the Muslim way. However, he is sent to France and very much struggles with the issue of how an African can retain his essential values and fit in to the modern world. He spends much time contemplating and discussing this and does not really come to a conclusion. This book is not a particularly easy read, as it is deadly serious throughout and the characters tend to speak as philosophers and theologians, using aphorisms and learned arguments, rather than as ordinary people. 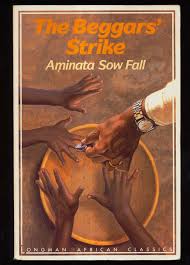 The latest addition to my website is Aminata Sow Fall‘s La Grève des bàttu (The Beggars’ Strike). This is a mocking satire on officialdom in Senegal (though neither the country nor the city where it takes place are named). The city, presumably, Dakar, is overrun with beggars and the public health department is given the task of clearing them. Mour Ndiaye, head of the department, who is corrupt and incompetent, delegates the task to his assistant, who manages to get rid of them by moving them to a village 300 kilometres away. As a result, the beggars go on strike, which means that the Muslim population cannot perform its charitable obligations. Now there is talk of Ndiaye being made vice-president. He consults his marabouts (Muslim gurus) who tell him that he must make a sacrifice of a bull and give the meat to beggars in all four corners of the city. However, there are now no beggars in any corner of the city and those elsewhere are on strike. Sow Fall mocks Ndiaye, and mocks the corruption and sexism of Senegalese men and tells an amusing story. Surprisingly, the book has been translated into English.