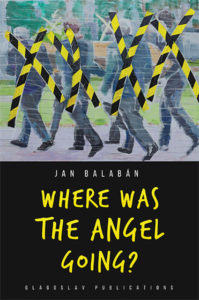 The latest addition to my website is Jan Balabán‘s Kudy šel anděl? (Where Was the Angel Going?). The novel is set in Ostrava, site of a huge coalfield, with many of the people involved in mining. We follow primarily Martin Vrána but also various others as they struggle with life. Martin’s first romance (with Eva) goes wrong but he never really gets over her. He later has a failed marriage, before finally meeting Monika. Like for most people in the book, life is grim and the normal recourses – alcohol and sex/love – offer temporary relief but they too have a cost. Even in the post-Communist era, though things are somewhat better – no secret police, for example – they are not hugely better and life remains a struggle, particularly as far as love and sex are concerned. Martin has a glimmer of hope at the end but it really is only a glimmer. For others, things do not work out.