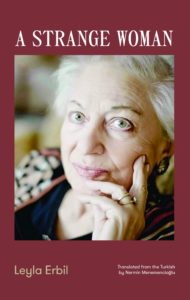 The latest addition to my website is Leylâ Erbil‘s Tuhaf Bir Kadın (A Strange Woman). This is a feminist novel about Nermin, who is nineteen in 1950 and struggles both to be independent and to be seen as an intelligent woman, rather than merely as a sex object. Her mother, old-fashioned, a strict Muslim, is her worst enemy. We follow her early struggles, the story of her father, a naval engineer, who is dying, her father’s funeral, where her mother is out of control, and her life as a left-wing activist, trying to help the poor but not succeeding with that or in her personal life. Erbil gives us a worthwhile account of the problems facing a feminist and someone with left-wing views in a still very traditional and conservative country.