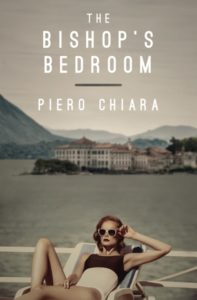 The latest addition to my website is Piero Chiara‘s La stanza del vescovo (The Bishop’s Bedroom). This book, now published in English for the first time forty-three after it was first published in Italian, is set in 1946. The unnamed narrator owns a yacht on Lake Maggiore and, as he has some money, is putting off the day when he has to go work and, at the same time, trying to recover the youth he lost in the war. He meets a man called Orimbelli who owns a villa on the lake, where he lives with his wife and sister-in-law. Orimbelli soon becomes the narrator’s crew and they sail round the lake, often with women, with whom they have casual sex. However we and, eventually, the narrator realise that there is something shady about Orimbelli. When a tragedy occurs, our suspicions are reinforced, despite Orimbelli’s alibi. Chiara gives us a good portrait of one part of post-war Italy, while also giving us a story where we gradually learn that all is not as it seems.