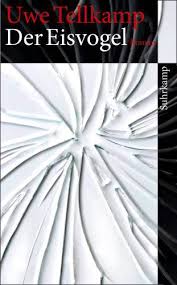 The latest addition to my website is Uwe Tellkamp‘s Der Eisvogel [The Kingfisher]. Wiggo Ritter is a lost soul. His father is a ruthless banker and Wiggo hates everything he stands for. He studies philosophy, to his father’s disgust, but gets into a dispute with his professor and loses his job. He then meets Mauritz and Manuela Kaltmeister. They belong to a group called Rebirth, a right-wing group, which believes the elite should rule. Mauritz is pushing for terrorist activities to scare the populace into wanting a law-and-order group like his to take over and where better to start than with the professor who fired Wiggo? We know it goes wrong, as the book opens with Wiggo shooting and killing Mauritz and he ending up in hospital with severe burns. This is a fine book, only translated into Polish, about urban terrorism and a lost soul not finding his way.