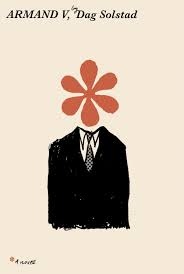 The latest addition to my website is Dag Solstad‘s Armand V. (Armand V.). Armand is a Norwegian diplomat and we follow his life and career in this novel which is not a novel but merely the footnotes to a novel as the author abandoned the actual novel for various reasons. Armand was appointed an ambassador at age forty-two, one of the youngest Norwegian ambassadors. The key but certainly not only issue in the book is the conflict Armand faces between his public views as an ambassador and his private views, particularly as regards Norway’s relationship with the United States. However, this inner conflict spills out into his personal life, in his relationship with his son and his two (former) best friends. Solstad leads us on all sort of tangents but comes back both to this idea and the nature of his (lack of) novel. It might sound complicated but it more or less worked for me.