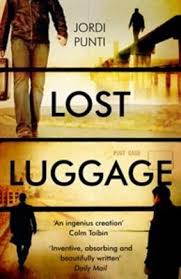 The latest addition to my website is Jordi Puntí‘s Maletes perdudes (Lost Luggage). It tells the story of four half-brothers, each from a different country, who were unaware of each other’s existence and who come together in Barcelona to learn more about their lost father and one another. We follow the story of their father, Gabriel, who worked for an international moving company and met and impregnated their respective mothers, as well as his fellow movers and partners in crime (they stole freely from the items they moved). At the beginning of the book he seems to have disappeared but left ample documentation about his colourful life, the four mothers and the four (possibly five) sons. It is a well-written and very lively story as the four learn about their father and one another.