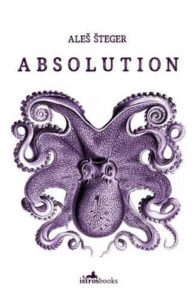 The latest addition to my website is Aleš Šteger‘s Odpusti (Absolution). This is a very funny book in the great East European tradition of using humour to damn the political system. Adam Bely (formerly of Maribor) and Rosa Portero (formerly of Cuba) are both living in Austria and working for Austrian radio and are nominally in the Slovenian city of Maribor to report on its role as European Capital of Culture but are really there to destroy the Great Orc, a network of thirteen people who are said to control the city but are formed of the souls left by Xenu, a galactic leader concocted by Scientology leader, L Ron Hubbard. No single person in the network knows all the others members, so their job is made more difficult as they try to identify the thirteen, while giving them absolution (in the form of oyster crackers) to save their souls, which generally drives them mad. Šteger’s aim is to mock the city of Maribor, endemic corruption in Slovenia, neoliberalism and, of course, religion and pseudo-religions and this he does very well, using the image of the octopus, you can see on the front cover above. It is a very original work and great fun to read.