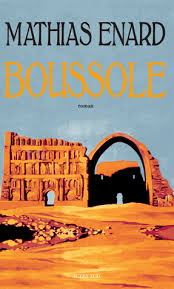 The latest addition to my website is Mathias Enard‘s Boussole (Compass). This is about one man, an Austrian musicologist called Franz Ritter, who is currently ill with an unspecified disease, who throws away the tablets his doctor gives him and lies awake at night, thinking about various things. These include his unrequited love for the French woman Sarah, his wide-ranging knowledge and views on primarily Western classical music but also some Middle Eastern music and, above all, on matters relating to the Middle East and, in particular, the relationship between Europe and the Middle East. He himself has travelled extensively in the Middle East (though not as much as Sarah) and is very knowledgeable about the subject and about the various Westerners who travelled there and were influenced by that part of the world. He gives us a wide-ranging selection of often highly opinionated anecdotes on the topic, from the various European women who travelled and lived in the Middle East to those writers and musicians who were very much influenced by it, from Balzac, the first Western novelist to insert a piece of Arabic into his novels to composers such as Liszt and Bartók whose music was influenced by the Middle East. He damns Wagner and praises Beethoven (not least because he left Germany, preferring to live in Vienna) and even receives a compass modelled on Beethoven’s as a gift from Sarah, a compass which points not North but East. Above all it is a wonderful and learned recitation of the intellectual history of Europe and its association with the Middle East, told in a non-learned manner, as well as a discussion of music and musicology, as Ritter lies in bed in his flat in Vienna, listening to his neighbour, Herr Gruber, wandering around. 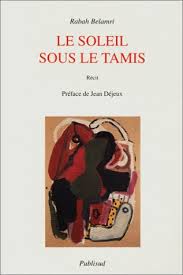 The latest addition to my website is Rabah Belamri‘s Le Soleil sous le tamis [The Sun Under the Screen]. This is an autobiographical novel of the author’s childhood in an Algerian village during the 1950s. Belamri is such an accomplished writer that what could have been a pedestrian account works very well. He divides his novel into the various aspects of his life and the life of the village, such as what happens during Ramadan and what happens during Eid, the Thursday market day (his father is a not very successful market trader), children’s games, the life and activities of his two parents and, of course, sex. However this is the period of the Algerian War. While the war does not dominate the book, it certainly is a key feature. Before the war, we meet the dominant French landowner, who treats the Algerians brutally. We see his ferocious and cruel reaction when there is an attack on his life and we finally see his death, which the author witnesses. We also see the cruelty of the French soldiers – Belamri is certainly not impartial in his descriptions. We also see how the games of the children change to being more war-like after 1954, when the war started. Much of the book, however, is a joyous, almost lyrical description of life in a small Algerian village, which Belamri describes superbly. This book is not available in English, nor in any other language except for Arabic, and nor is it likely to be, though his later autobiographical novel Regard blessé has been published in English as Shattered Vision. 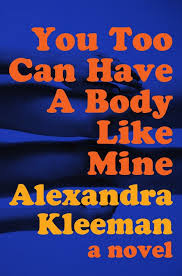 The latest addition to my website is Alexandra Kleeman‘s You Too Can Have a Body Like Mine. I was just yesterday reading a story about eating fads. While this novel is concerned with eating and eating habits, it only tangentially deals with eating disorders. What it is primarily about is how the media focuses on what bodies should look like, mainly women’s bodies, and how we are all manipulated by the media and the food industry regarding what we look like and what we eat. However, this is by no means a straightforward critique of the media and food industry but rather a superbly told story about manipulation, religious cults and the increasing alienation of people from their environment. The unnamed narrator and her room-mate, called only B. B. does seem to be bulimic but the novel is mainly concerned with bodies and food, what we eat and how we choose and our bodies.

Kleeman skilfully shows images from adverts, TV and the perception of the narrator, all of which show the body and/or food, and all of which are disturbing, disgusting or both. The main food we see is Kandy Kakes (there really is something of that name – see photo above right) which appear in a series of decidedly sinister adverts, as a two-dimensional cartoon cat (sorry, Kat) cannot eat the three-dimensional Kandy Kakes but, as they are the real stuff, we can. The narrator will later become somewhat obsessed with these cakes. A strange religious cult, involving Kandy Kakes and eating as one, a TV game show where the final episode involves an individual trying to find his or her partner in a dark room, where there are several naked people as well as the partner, and agreeing to dissolve the relationship if s/he fails to do so and a boyfriend obsessed with the eating habits of sharks are just some of the decidedly strange goings-on. Overall, however, Kleeman gives us a first-class novel about the body and how it is perceived and food and how we are manipulated into choosing it and eating it, which makes for a first-class debut for Kleeman.