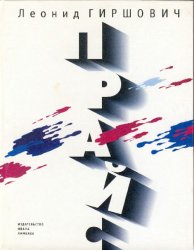 The latest addition to my website is Leonid Girshovich‘s Прайс [Preis]. This novel is set in the fictitious town of Ijma, somewhere in Siberia, during the 1950s. It had originally been inhabited by a native population but Stalin had sent many Jews there, during the period when he considered all Jews automatically as dissidents. But this is no gulag novel à la Solzhenitsyn. The community has created a sort of miniature society, where everything seems to to function as if they were back where they came from. Yes, there is a military supervisory presence but its role is minimal. Girshovich gives us a rich portrait of the town and its inhabitants and how they function and interact, with gossip, sex, social hierarchies, interaction with the native population and so on. But this is also a Bildungsroman and we follow the story of Leonti Preis. He is at school and a budding artist but also something of a troublemaker, considered mad or, at least, the village idiot by some, though this is more likely what we would call an artistic temperament. His mother died when he was young and his father subsequently remarries – the headmistress but one of the native population, not a Jewess, not least because she blackmails him, apparently having some evidence that implicates him in the death of his first wife. But life goes on and Preis has his problems but adapts and becomes an artist, even going to Leningrad, the only one to escape from Ijma. It is an interesting and somewhat unusual tale but well told by Girshovich. Sadly, it is not available in English.