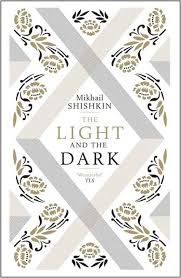 The latest addition to my website is Mikhail Shishkin‘s Письмовник (The Light and the Dark). It tells the story of two lovers, Volodya and Sasha, apparently writing letters to one another though, as we eventually learn, they appear to be living a hundred years apart. He is a soldier, appointed to be staff clerk, in a Russian troop involved in the 1900 Boxer Rebellion while she is living in the present day. Are they actually writing to one another? We do not know and it does not really matter. As the English title indicates (the Russian title actually means Letter Writing Manual) this book is about differences, including the bad (war, death, suffering) and the good (love, happy childhood). We get a detailed and grim picture of the Russian troop’s involvement in putting down the Boxer Rebellion, with graphic descriptions of death and destruction, at the same time as Volodya declares his undying love for Sasha. She, in the meantime, talks about her life – in both cases, their parents divorced – and her childhood. But she also learns of Sasha’s death and goes on to marry a divorced man, which does not work out. Despite this, she still continues to write to Volodya and express her love for him and how much she misses him. It is certainly not a straightforward novel but it is certainly a rewarding novel, which will leave you with much to think about and show that Shishkin is one of the foremost Russian novelists.