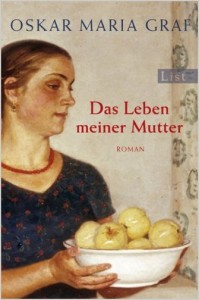 The latest addition to my website is Oskar Maria Graf‘s Das Leben meiner Mutter (The Life of My Mother). This is an excellent autobiographical novel, about, of course, Oskar Maria Graf’s mother, Theres (but always known as Resl) née Heimrath, but it is also about the politics and history of the region (Lake Starnberg, in Upper Bavaria, about fifteen miles south-west of Munich), about life in a small Bavarian village with large families (Resl was one of ten and she mothered eleven children) and, of course, about Graf himself, up to the time of his exile from Nazi Germany. The first part of the book is about the life and times of the Heimrath and Graf families prior to Resl’s birth and the period afterwards, till she marries Maxl Graf and produces her eleven children, including Oskar. 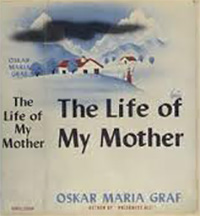 The second part is about young Oskar’s growing up, his disputes with his father and the rise of the Nazis. I found the history of the first part much more interesting. Berg, where the two families lived, was the site of Berg Castle, summer residence of King Ludwig II of Bavaria and we follow the story of King Ludwig II, becoming king at aged eighteen, when he clearly is not prepared to be king, not least because he preferred the arts to politics (he was a big sponsor of Wagner). We follow the Austrian-Prussian War of 1866, when Bavaria took the losing Austrian side, the unification of Germany under Prussian domination and the Franco-Prussian War of 1870, in which many of the men of Berg fight. Maxl Graf, Oskar Maria’s father, was shot in the hand during this war. All of these historical events have an effect on the people of Berg and they hate the Prussians and Bismarck. It is a very well told story of a woman who worked hard all her life but also a very well told tale of life in a small Bavarian village from the middle of the nineteenth century to the beginning of World War II.