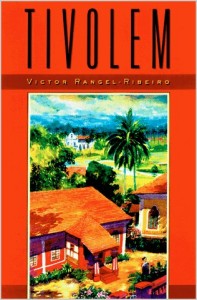 The latest addition to my website is Victor Rangel-Ribeiro‘s Tivolem, the first novel from Goa on my website. Goa is now an Indian state, albeit the smallest one, but was a Portuguese colony and still retains much Portuguese influence. This novel is set in 1933, when it was still very much a Portuguese colony. It concerns two people who have returned to Tivolem, a small and fictitious island off the coast of Goa, after having spent many years abroad. Marie-Santana Pereira had gone to Mozambique as a child, where her father ran a business. After he died, the mother took over and then, when she died, Marie-Santana took over. However, neither of the women had much idea about how to run a business and relied on the manager, John Fernshaw. Marie-Santana even fell in love with him. However, he defrauded her and then disappeared. Marie-Santana worked hard to pay off her debts and then returned to Tivolem, to live with her grandmother. Simon Fernandes had also left as a child but his parents had gone to Kuala Lumpur. He had been brought up there and had become a civil servant and has now retired. Like, Marie-Santana, he never married but has two interests – he is a keen violinist and a keen stamp collector. He has a younger brother, John, who is very fair and pale-skinned, so much so that his father suspected his wife had been unfaithful (she had not) and John himself thought that he had a different father. In fact, the day after the mother dies, he disappears. We learn early on (though the characters do not) that he is the John who defrauded Marie-Santana. Much of the novel is about the inevitable relationship between Simon and Marie-Santana, helped by the fact that they are next-door neighbours. However, it is also full of local colour and lively characters and we follow their lives in this remote enclave but which is still exposed to the world, mainly through the radio of another returnee. We learn of the great events of 1933, particularly the rise of Hitler but also about Gandhi. While certainly not a great novel, it is certainly a pleasant read and an interesting account of an isolated community and its daily doings.