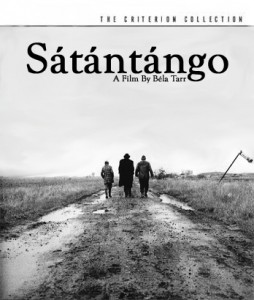 I recently read and posted on my site László Krasznahorkai‘s Sátántangó (Satantango). I had heard that famed Hungarian film-maker Béla Tarr had made a film of the book, which was 450 minutes long. This is not a film for watching with the family on Sunday night as it is as unremittingly gloomy and miserable as the book. Tarr’s approach in this and other films is the long take and minimal dialogue. For example, the film starts with a long take across a very muddy field of a herd of cows in the middle distance in front of the houses of the commune. The cows stand there. One or two come forward and make their presence known to the cameraman. A bull tries to mount a heifer, not very successfully. The camera tracks across to another part of the commune where the cows now are. They do nothing till, eventually, they move off. The film carries on this way for the next seven and a half hours, with some dialogue and action (it is generally faithful to the book). However, though it is a superb film, I cannot unreservedly recommend it because of its length.

However, this gives me an opportunity to mention a few other films, concentrating on films of books on my site, so no Shakespeare, Dickens or Brontë sisters. 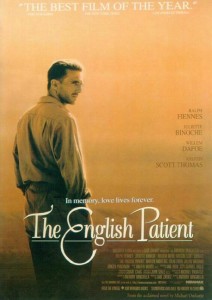 1. The English Patient is a fairly well-known film of a fairly well-known book. It stars one sexy man and two sexy women and is very romantic so something for all tastes. However, it is also a story about identity and changing relationships and, even if it had not been made into this film, it would have been a very worthwhile read. However, there is no doubt that the film stands out in its own right and is well worth seeing. 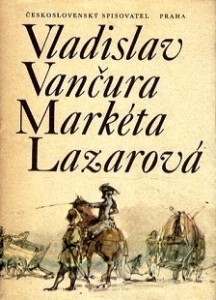 2. Markéta Lazarová is a superb film and a superb book but is sadly little known in the English-speaking world as the book has been translated into French, German, Italian, Spanish, Romanian, Polish and Russian but not English. If you don’t read Czech or any of those other languages, you can see the film which has been released with English sub-titles. It is a love story and is a story about brigands in medieval Bohemia, with lots of action. 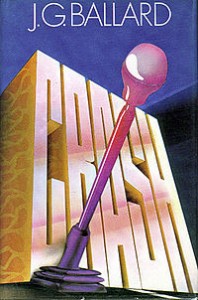 3. For my representative English film, I am going to choose the film of my favourite English novel of the 20th century – Crash. It is a brilliant book about sex and cars (and car accidents and celebrity) and a pretty good film. It basically sums up the twentieth century far more than the novels of the other English greats such as Woolf, Greene, Waugh, Golding and Co. I could have chosen the film version of The End of the Affair or Lord of the Flies or A Clockwork Orange or Outcast of the Islands or The Prestige or Last Orders. But I didn’t. 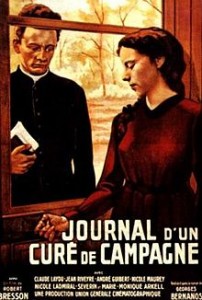 4. My favourite film of a Bernanos novel is Mouchette but I haven’t read the book so I will mention my second favourite film of a Bernanos novel – Journal d’un Curé de Campagne (Diary of a Country Priest) from the book of the same name. I am not even vaguely religious but you do not have to be religious to enjoy either the film or the book, about a priest who is clearly losing his faith and struggling with this as well as health issues. I am not sure if Bernanos is much read today, at least outside France, but he should be, as he is a fine author and there were some interesting films made of his books. 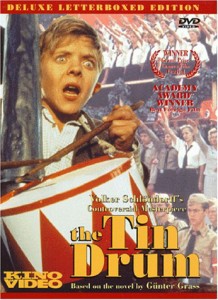 5. Die Blechtrommel (The Tin Drum) is one of the foremost novels of the second half of the twentieth century and the film of the book is one of the foremost films of this period. Grass’ take on the war as seen in Danzig, from the point of view of a boy who decides not to grow up, is absolutely brilliant and essential reading. 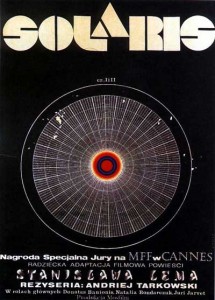 6. There were two films based on Solaris, a not very good US one and a brilliant Russian one, directed by the legendary Andrei Tarkovsky. if you are going to read the book, make sure you get the more recent Bill Johnston translation, translated from the Polish. The previous translation was translated from a French translation of the Polish original. And if you are watching the film, make sure that it is the Tarkovsky version and not the US version. 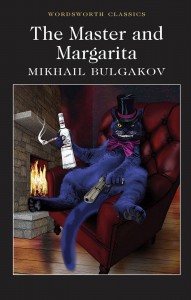 7. Мастер и Маргарита (The Master and Margarita) is one of the great Russian novels. It has led to several attempts to film it, most unsuccessful. There have been two TV series – a Polish one and a ten episode Russian one and it is the latter you should watch, as it is now available with English sub-titles. It is not without its critics but it was a huge success in Russia, leading to increased sales of the book. The book, of course, is essential reading. 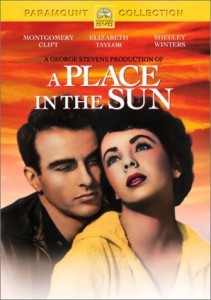 8. Many of the US novels on my site are either unfilmable or have been filmed but not very well. William Faulkner, for example, was a Hollywood script writer. Several of his novels were made into films but, with the exception of the film version of Pylon, called The Tarnished Angels , they were generally not very good. There were two versions of An American Tragedy, the first by Josef von Sternberg, a pretty good film but not his best, and the second, called A Place in the Sun, a very free adaptation of the book, primarily, to give a bigger role to Elizabeth Taylor who, it must be said, is superb in this film. As a more realistic book than many others on this site, it was probably easier to film. George Stevens does a good job, even if he veers extensively from Dreiser’s book. 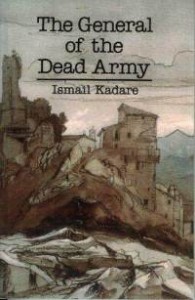 9. Gjenerali i ushtërisë së vdekur (The General of the Dead Army) was Ismail Kadare‘s first novel and the first of his books translated into English. The story – about an Italian general who is sent to Albania to recover the bodies of the Italian war dead and, in particular, of one heroic Italian colonel, who turns out to be a murderous thug – is clearly aimed not just at the Italians (and Germans) but also at the Communist reverence for war dead at the expense of the living. The film is not an Albanian one but an Italian one, with an all-star cast of Marcello Mastroianni, Anouk Aimée and Michel Piccoli. Mastroianni and Piccoli are brilliant but, as with other films of books, it does not necessarily come across as well on celluloid as it does on paper but it is still worth seeing. 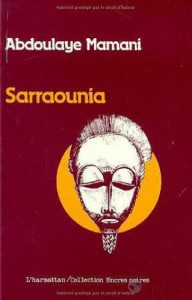 10. Sarraounia is the only book I have read from Niger and the film version of the book is the only only film I have seen from Niger. Though the film is not entirely faithful to the book, it certainly is as regards its intent – to show the legend of Queen Sarraounia and how she resisted the French colonialists. The book, sadly, is not available in English translation. Fortunately, the film, which is in Dioula, Peul and French, is available with English subtitles.