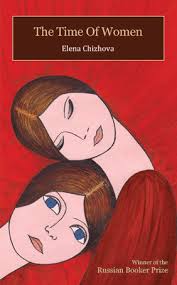 The latest addition to my website is Elena Chizhova‘s Время женщин (The Time of Women). This is story set in Soviet-era Leningrad, telling the story of Suzanna, a child who does not speak till she is seven but is yet intelligent and educated. Her mother, Antonina, who works in a factory, had had a very brief affair with a man, who had now disappeared. She had been left pregnant with Suzanna. She pretends that her mother has come from the country to help her but, in fact, Suzanna is, to a great extent, brought up, by three elderly women who live in the building where she lives. Even though she does not speak, she learns to read and write both Russian and French and understands spoken French. The grannies, as the old women are called by both Suzanna and her mother, have her baptised (unknown to her mother) and they reminisce about the pre-revolutionary days and compare the Tsarist days to the Soviet system. However, when Suzanna becomes ill, there is a problem. It is a fine story about women banding together to help one another and about life in Soviet Leningrad.