For the first (and probably last) time ever, I have managed to read all the books on Man Booker shortlist and, amazingly, read them before the winner is announced. I have not done so before because, frankly, they did not seem worthwhile. I have not, for example, read any of the books on last year’s list and, with the possible exception of the Barnes, it is highly unlikely that I will. I did manage two from the previous year and I may read one or two more (but not the winner). A quick look at previous years generally shows two-three that I have read or might yet read though the 2007 list looks pretty good.

So what was special about this year? Last year, the chief judge, Dame Stella Rimington, famously said that readability was going to be the main criterion for the long- and shortlist choice. This caused something of a furore, not least because no-one was entirely sure what readability meant. Jeanette Winterson criticised this idea much better than I could with her damning take on Rimington’s own work as painting-by-numbers. I have no idea how the judges make their choices but I have no doubt that they, probably prodded by the Man Booker staff, do feel that they have to make some concession to popular taste. But this, year, to their credit, they got a professional in to chair the judges – Sir Peter Stothard editor of the best literary review, the Times Literary Supplement. When I saw the longlist for this year I was pleasantly surprised. Naturally, I had not heard of all the authors on the list but those I had heard of (with one exception) looked interesting and a quick look at the others showed that, for once, they all looked promising. 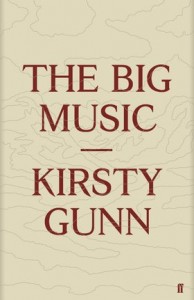 However, what was most interesting was what was excluded. Here is a list of books that we might have expected to see on the list but did not (alphabetical order by author last name):

There are probably several others that I have missed but that should cover the main ones.

So here is my take on this year’s list. First, a few statistics.

What does that prove? Nothing.

Six interesting books for the judges to choose from but who will they pick? I really do not think that Hilary Mantel will get it again and so soon and for a follow-up to her previous one. I do not think that Narcopolis or The Lighthouse, excellent books though they are, are quite up to the required quality. I very much feel feel and hope that the Man Booker judges do too that Umbrella is too overblown, too self-consciously modernist and too unreadable to win. Which leaves us with Swimming Home and The Garden of Evening Mists. I marginally prefer The Garden of Evening Mists but would certainly not be disappointed if Swimming Home were to win. We will have to wait till 16 October to see if the judges agree.

The Guardian has all six authors talking about their books.