Having just returned from a holiday in Montenegro, I thought that I would take the opportunity to talk briefly about Montenegrin literature. But first a quick word about Montenegro and our holiday there. The photo at left shows the Gospa od Škrpjela (Our Lady of the Rocks), visible from our bedroom window in Perast. The story goes that a fisherman found an icon on a rock there. He had no idea how it got there but clearly some divine intervention was involved. As a result, the locals decided to build a shrine to the Virgin Mary. It was only a small rock but, over a period of time, they brought rocks, stones, wrecked ships and whatever else they could find and built up the small island you can now see. On the rock is the shrine, a small church which contains a series of beautiful paintings by Tripo Kokolja.

We stayed part of the time in Perast, a beautiful little port town on the Bay of Kotor, which has now been developed for tourism but which used to be a major seafaring port, with a fleet of 100 ships and very active in warfare at sea, though they were raided by Barbary pirates when the fleet was out and the women and children left behind were taken into slavery. The museum from whose balcony the pictured at left was taken has a lot about Perast’s seafaring past.

We also visited Budva (see left), Kotor, Herceg-Novi, Sveti Stefan, the old capital of Cetinje and Kolašin and the splendid national park Biogradska Gora, one of the oldest in Europe and very unspoilt. A lovely holiday and one I would recommend with one proviso, the drivers who are dangerous and think nothing of overtaking at 70 mph on hairpin bends. Most people I have mentioned Montenegro to have only a limited idea as to where it is (despite it twice drawing with England in the European Nations Cup qualifiers). Nevertheless, it has a long and distinguished history and was the only part of that region to resist the Ottomans, who eventually gave up trying to conquer Montenegro. (Tennyson even wrote a poem about it.) I discovered it by reading the essential Vanished Kingdoms of Europe by Norman Davies, where there is a chapter on the Kingdom of the Black Mountain, i.e. Montenegro between 1910 and 1918. (This book, by the way, is without a doubt my favourite book of the last year or so and everyone should read it. Even if you are professional historian, you will learn a lot.) 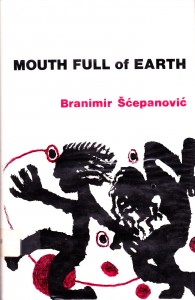 But I wanted to talk about the Montenegrin novel. I only have only one Montenegrin novel on my website, a book that is sadly out of print. Indeed, to buy it in English will cost you £121.23 from Amazon UK, $177.78 from Amazon US and $149.99 from abebooks. It is in print in Spanish and, though out of print in French, readily available at not too great a price and available for €19 on Amazon Germany. Sorry for my usual rant about availability of books translated into English. Though he has written several other books, this is the only one translated into English though, of course, several others are available in French and one other in German. Ho hum. 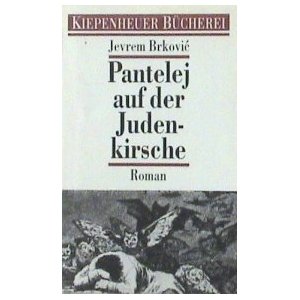 If you are not aware of the very wonderful Istros Books, you should be. They are publishing new works by Eastern European authors, including two Montenegrin authors – Andrej Nikolaidis and Ognjen Spahić. I shall certainly get round to Nikolaidis’ The Coming and Spahić’s Hansen’s Children sometime soon. You can read an except from a Nikolaidis novel in English here and a Spahić story in English here. There are other new Montenegrin novelists. The Economist mentions three – Nikolaidis, Spahić and Balša Brković. Neither he nor his father, also a writer, have been published in English but one of his father’s novels (see photo above) has been translated into German and I will get to it eventually. Jevrem Brković was a strong supporter of Montenegrin independence from Serbia. The Economist does mention one other writer – Igor Luksic, whose day job is Prime Minister of Montenegro. His literary work has not been published in English but you can read his blog in English though it is about politics, not literature. I would be interested in reading Dragana Kršenković Brković. She is primarily a playwright (see examples in English here and here) but has written a novel (link in Montenegrin) called Izgubljeni pečat which means The Lost Seal. 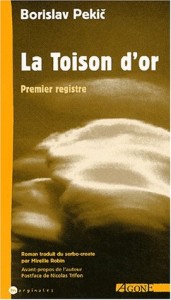