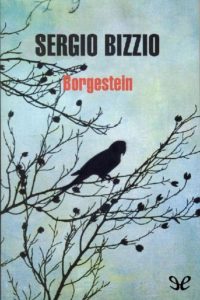 The latest addition to my website is Sergio Bizzio‘s Borgestein. Enzo, the narrator, is an Argentinian psychiatrist. He is attacked and wounded with a knife by one of his patients, Borgestein. This traumatises him so much that he buys a cabin in the mountains and heads off there, to do nothing. He leaves behind his wife, Julia. They have been married eighteen months but have barely seen each other in that time, as they have different schedules. She is a very successful theatre actress. At the cabin, there is a waterfall which is beautiful but whose noise really annoys him, so he starts a project to fill up the pool below with rocks. Apart from a puma attacking a passer-by and the noisy waterfall, he seems to more or less settle down, till he sees a photo of Julia in a magazine with Borgestein standing just behind her. It is a fine novel, with various plot strands to keep us interested.