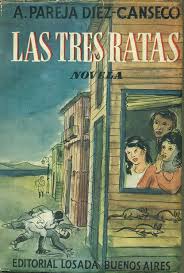 The latest addition to my website is Alfredo Pareja Díez Canseco‘s Las tres ratas [The Three Rats]. Alfredo Pareja Díez Canseco was an Ecuadorian realist writer as well as a politician, none of whose work has been translated into English. This novel tells the story of three unmarried adult sisters, whose parents have died, leaving them to manage the farm, on their own. They fail due to a combination of bad luck and inexperience and leave the farm to go and live with their aunt in Guayaquil. They are not particularly welcomed and their inexperience with life and men leads to further disasters. Pareja Díez Canseco shows in this novel the plight of women, particularly women on their own, in Ecuador of the time (first half of the last century). 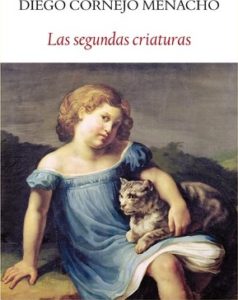 The latest addition to my website is Diego Cornejo Menacho‘s Las segundas criaturas [The Second Creatures]. This is the story of the great Latin American Boom writer, Marcel Chiriboga. Marcel Chiriboga did not exist but features (mockingly) in the work of both Carlos Fuentes and José Donoso. Cornejo Menacho has decided to give his full life story while, at the same time, brilliantly mocking the Boom and its writers. A host of real people – from Boom super literary agent Carmen Balcells (who narrates much of the novel) to Romain Gary and his wife Jean Seberg – people the novel. We follow Chiriboga’s life, loves and writings, the Gary/Seberg saga and the stories of other, real novelists. It is brilliant, very witty and very inventive but not, of course, available in any other language.