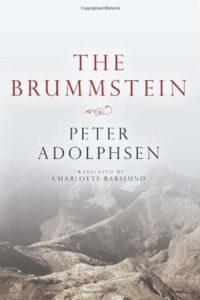 The latest addition to my website is Peter Adolphsen‘s Brummstein (The Brummstein). Though a Danish writer, Adolphsen sets his book mainly in Switzerland and Germany. It tells the story of strange stone fragments, collected from the Hölloch Cave in the Swiss Alps. Josef Siedler, who collected them believed that the cave was a gateway to a mysterious subterranean civilisation (Hölloch means Hell hole in German). He did not find the civilisation but he did finds these humming stones. Much of the book is about what happens to the stones after his death, as they are passed to his nephew and then to various people in Nazi Germany, East Germany and post-war Germany. Adolphsen tells the often unusual stories of these people and, as Siedler’s note explaining their origin remains with them, we are left wondering whether someone else will go to Hölloch and explore further. It is a most original book and a very well-told story.