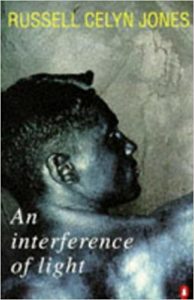 The latest addition to my website is Russell Celyn Jones‘ An Interference of Light. This novel tells two stories: one set in 1937-39 and one in 1959, both taking place in Sharon, a Welsh slate-quarrying community. It is narrated by Aaron Lewis, whose parents were from the Sharon area but who emigrated to the United States, where Aaron was born and bred. He works for the Pinkerton agency, spying on the quarrymen to see their secret technique for determining the best quality slate. When a strike break out, he continues to report to the owner, Lord Elusen, all the while lodging with a family of strikers and being somewhat sympathetic towards them, particularly Paul Gravano, one of the strike leaders, while betraying them. Concurrently, we follow the story twenty years later, when Aaron returns and finds the town desolate and Paul a widower. Aaron becomes close to Granmor, Paul’s only son but learns that the effects of the strike are still felt. 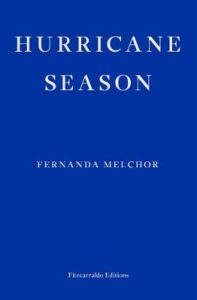 The latest addition to my website is Fernanda Melchor‘s emporada de huracanes (Hurricane Season). The novel tells the story of a small Mexican town, La Matosa. At the beginning, the body of a woman known locally as The Witch, is found dead in a stream. The novel tells her story and that of her mother, also called The Witch as well as the story of the people associated with her death. Her mother had married a man with fields that brought in rent. He died in mysterious circumstances and his sons by a previous marriage were killed in a car accident when they came to claim what they considered their inheritance. The daughter appeared some years later. No-one knows who her father was. After a huge hurricane destroyed much of the town, the daughter survived and continued her mother’s work, adding sex and drugs to her repertoire. However, the main theme of the novel is how these women and, indeed, all the other women in the book are badly treated by the men: violence and sexual abuse, as we follow the stories of those associated with the death of the Witch. The book is a superb indictment of the violence committed every day to women in Mexico and, of course, everywhere. 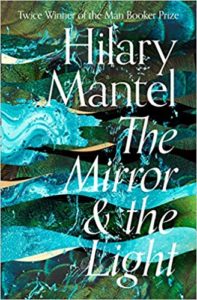