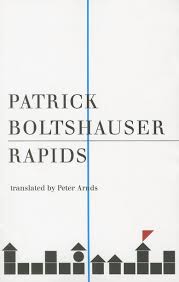 The latest addition to my website is Patrick Boltshauser‘s . This book is so far the only one to appear in Dalkey Archive Press’s Liechtensteinian Literature Series, though the author was born in Switzerland and currently lives in Switzerland, but he did grow up in Liechtenstein. It tells the story of an unnamed narrator, a zoology student at the university of Bern, like the author, and his lack of focus and direction and, in particular, his troubles with the opposite sex. He has various girlfriends, all of whom seem to have other boyfriends, to his chagrin, and all of whom, like him seem to make something of a mess of their lives. He ends up dropping out but has learned nothing and is still chasing after a woman who is not too interested in him.