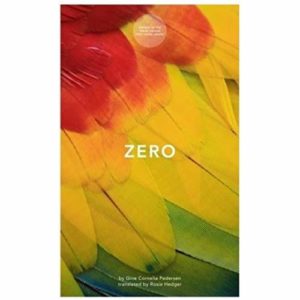 The latest addition to my website is Gine Cornelia Pedersen‘s Null (Zero). This is Pedersen’s first (of two) novels and she has since made a name for herself as a TV star in Norway. This novel tells the story of a Norwegian girl, aged ten at the start of the novel and aged twenty-one by the end, who starts off by being somewhat sociopathic and, passing through teenage bad behaviour, has serious mental problems, spending some time in an institution, before being released and ultimately heading for Peru. Drugs, drink casual sex, violent behaviour, depression are all part of her problem. The novel is told in the first person, often in single, staccato sentences, as we follow her descent into Hell. Pedersen does not analyse or explain but merely shows what the unnamed narrator goes through.