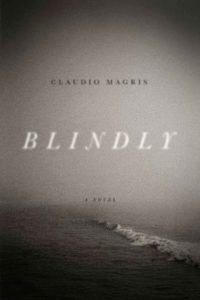 The latest addition to my website is Claudio Magris‘ Alla cieca (Blindly). This is another highly inventive work from Magris, telling the story of man who thinks he is two different people – the fictitious Salvatore Cippico (born 1910) and the very real Jørgen Jørgensen (born 1780). Salvatore is recounting his tale to a psychiatrist in Trieste. He has fought for the Communists in Australia, Italy, Spain and Yugoslavia and has been imprisoned for his beliefs in all but Spain. Jørgen helped found Hobart but was later sent there as a convict and, in between, was briefly King of Iceland, served time in Newgate prison and fought at the Battle of Waterloo. Both had highly colourful lives, made more colourful by the two lives being conflated in Salvatore’s account, which is long, verbose and often confused. It is a wonderful tale, more in the realm of legend than history but the better for it.