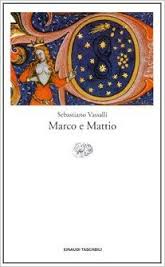 The latest addition to my website is Sebastiano Vassalli‘s Marco e Mattio [Marco and Mattio]. Like other Vassalli novels this one is based on a real story, in this case a nineteenth century Italian shoe mender and charcoal burner called Mattio Lovat. Most of the action takes place at the end of the eighteenth and beginning of the nineteenth century in and near Pieve, in the Zoldo valley, then a fairly remote area, with Belluno as the nearest town, but now a ski area. We first meet the Marco of the title, a smooth-talking German, who turns out to be the devil (or something akin to the devil). He will pop in and out of Mattio’s life. We meet Mattio as a twelve year old, when he shows Marco around the area for his nature studies. However, Marco leaves the area as winter comes, though Mattio is sure that he saw him and two others fleeing from the town, after a vicious assault on the local archpriest, his niece and his house. The key issue in this novel is pellagra, a disease caused usually by niacin deficiency. It is a disease that affects many of the people in the area who have a poor diet. They are aware of the disease but not that it is diet-related. One of the effects of the disease is for the victim to show symptoms of insanity. Mattio’s father, also called Marco, is the first to be affected in the family but then Mattio’s younger brother shows signs of being possessed by the devil and he is exorcised. We follow Mattio’s career as he follows in his father’s footsteps as a shoe mender and charcoal burner. However, it is a time of great political upheaval with the Napoleonic Wars and then the Austrian occupation of Northern Italy and Mattio gets involved in politics. But he, too, suffers from pellagra and it affects him profoundly, as he believes he is the Christ born to suffer and he does in a cruel way. Vassalli tells a superb story of a period of political upheaval, of the effects of pellagra and how it famously affected one man, Mattio Lovat, and of how the devil plays his part. It made the list of the 100 Best Italian novels but has only been translated into German, not English.