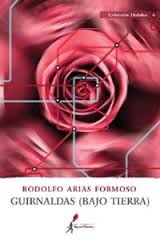 The latest addition to my website is Rodolfo Arias Formoso‘s Guirnaldas (bajo tierra) [Garlands (Underground)]. This is a first-rate Costa Rican novel, which was very well received in Costa Rica. It is based on the principle of a tube line, with each chapter being either a station or a connection on the tube line. (The tube line is entirely fictitious for, though the novel is set almost entirely in San José, San José does not have an underground railway system.) Each chapter tells us the story of one or more characters, though the stories develop over the course of the book. However, as well as the tube line principle, this book is based on the idea that everything (and everybody) is connected as well as the idea of the butterfly effect. Accordingly, characters that feature in one story will turn up in a minor role in another and, all too often, despite their minor role, will have an often unintended influence on the life of the other characters. We get a full range of characters and scenes – from the super hadron collider to James Bond’s pink E-type, from drug dealers to computer programmers, from lottery tickets to toy helicopters, from neo-Nazis to unwanted pregnancies. It is a very rich and cleverly constructed novel and well worth reading, if you read Spanish. Sadly, it has not been translated into another language and seems unlikely to be. However, who knows?, after their World Cup success, Costa Rica may start to get a bit more focus in the English-speaking world. 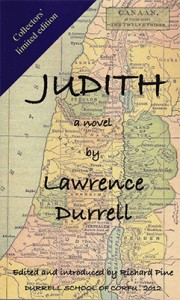 The latest addition to my website is Lawrence Durrell‘s Judith. This novel was only published in 2012, thirty-two years after Durrell’s death. It was originally written as a screenplay for a film starring Sophia Loren. The eponymous Judith was meant to be the daughter of a prestigious German scientist and Judith, herself a scientist, had been freed by a Jewish group from a concentration camp, not least because it was suspected that she might have some of her father’s scientific secrets. Sophia Loren objected to this, not wanting to be portrayed as an intellectual and the role was rewritten for her, with the Judith character being the ex-wife of a Nazi general, who had also been freed from a camp. After the release of the film, Durrell wrote a book based on the screenplay, but featuring both Judiths, though with the second one, the ex-wife of the Nazi, being called Grete. However, he declined to publish it during his lifetime. The story tells of the arrival of Judith and Grete in Palestine, during the later part of World War II and the subsequent activities of the Ras Shamir kibbutz, where the two are sent, leading up to the creation of Israel. Durrell takes a very pro-Israel approach, with the Jews invariably brave, clever and heroic, as they fight for the creation of Israel, with their enemies being the British authorities, as much as the Arabs. It is not a very good book and it is easy to see why Durrell chose not to publish it in his lifetime.

The latest addition to my website is T. Rowland Hughes‘ Chwalfa (Out of Their Night). Hughes was an educationalist but, when he developed multiple sclerosis, started writing seriously, and wrote several novels, mainly concerned with life in the Welsh slate quarries, a play and a radio play, as well as poetry. This novel is about a long drawn-out strike in the slate quarries and the profound effect the strike has on the local community. We mainly follow the Evans family, with the father, Edward, very much involved in the strike. His two younger sons want to help but one eventually runs away to sea and the other suffers from ill health. The daughter, Megan, marries a scoundrel and the couple live with Edward and his wife, Martha, till the son-in-law, Ivor, commits what Edward sees as a betrayal, and becomes a traitor, i.e. returns to work while the strike is still on. Gradually, though, many of the men do return to work, while others drift away, quite a few go to the Rhondda Valley, to get jobs in coal mining. There is no real plot, except for the development of the strike. Rather, it is a portrait of a community that is broken up by the strike, a strike for which the author feels complete sympathy and, as such, works very well.

The latest addition to my website is Jun’ichiro Tanizaki‘s 武州公秘話 (The Secret History of the Lord of Musashi). This is another thoroughly enjoyable Tanizaki novel. It tells the tale of the fictitious Terukatsu, who will later become a great general. However, instead of giving a conventional account of a great general, which would have invariably been boring and didactic, he focusses on the general’s sexial peccadilloes, a topic which was never raised in the real histories. At the beginning of the novel, Terukatsu is twelve and sent as a hostage to another castle. The castle is attacked and the enemy is gradually getting closer to the centre. Terukatsu cannot fight but he does get to see how the women dress the heads of the enemy who have been killed. Heads whose nose has been cut off, as the killer could not carry it around with him in the heat of the battle but can come back later to identify a noseless corpse, are called woman-heads. When Terukatsu sees an attractive woman dressing one, he has a sexual frisson and comes to associate noseless heads with sexual excitement. As they are rare, he decides to have one brought to the woman, by entering the enemy camp and killing a soldier. He is too successful, killing the enemy general and removing his nose and thereby, inadvertently ending the siege. Later, when Lady Kikyu, the daughter of the dead, noseless general marries Norishige, the son of the defending general, in an attempt at reconciliation, she vows revenge, by having her husband’s nose removed but leaving him alive. She does not succeed, not least because there is someone who knows what she is up to but, he, Terukatsu, is a faithful retainer of Norishige, till he imagines Lady Kikyu with the noseless head of Norishige. It is a witty, well-told tale, as always, somewhat tongue-in-cheek but Tanizaki clearly had great fun with it and so will you. 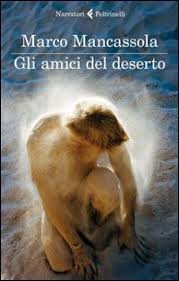 The latest addition to my website is Marco Mancassola‘s Gli amici del deserto [The Friends of the Desert]. This tells the story of two best friends who venture out into the Arizona desert to find a shaman/healer to help them with their problems. The unnamed narrator has lost his job, in the Italian economic crisis, and lost his girlfriend of thirteen years. She was a drug addict and, despite, several attempts, had not been cured. However, when the pair split up, she seems to be able get cured and find a new and happy relationship and is about to get married. Danilo is a depressive and heavily dependent on drugs. His relationship has also broken up. Our hero goes to a monastery in Big Sur, primarily, to rethink his life and is joined by Danilo before the pair set out for Arizona, looking for the shaman. They have one or two adventures on the way, before finding the shaman. The book is fairly shallow but gives an interesting account of how modern Italians and think and feel, particularly in the light of the economic crisis in that country.